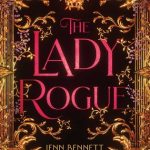 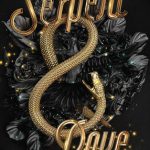 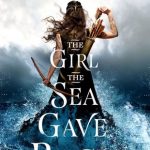 Fifteen-year-old Delilah “Dizzy” Doucette lives with her dad and brother above their vintage record store, The Vinyl Trap. She’s learning how to spin records from her brother’s best friend, and she’s getting pretty good. But behind her bohemian life, Dizzy and her family have a secret: her mom is the mega-famous singer Georgia Waters. When this secret is revealed to the world, Dizzy’s life spins out of control. She must decide what is most important to her — the family she has or the family she wants.

Traveling with her treasure-hunting father has always been a dream for Theodora. She’s read every book in his library, has an impressive knowledge of the world’s most sought-after relics, and has all the ambition in the world. What she doesn’t have is her father’s permission. That honor goes to her father’s nineteen-year-old protégé—and once-upon-a-time love of Theodora’s life—Huck Gallagher, while Theodora is left to sit alone in her hotel in Istanbul. Until Huck arrives from an expedition without her father and enlists Theodora’s help in rescuing him.

Tova is an outcast. She lives with the Svell people, casting the stones and reading the fates for them but she is not accepted as one of them, living in isolation. She isn’t sure why her own people cast her out and knows her home with the Svell is tentative at best. When the Svell leadership is rocked by conflict and betrayal and Tova casts the stones that spell destruction for the Svell, she becomes entangled in the beginnings of a bloody war with the united clans to the East. But Tova is linked with a young leader from the Eastern clans and together, though working separately, they have the power to change the future.

Lou is a witch. Having left her coven, her magic is something she keeps hidden from most people to avoid the stake and the Chasseurs who hunt witches. But Lou also has another secret, one that makes her do dangerous things. When she and her friend and fellow witch, Coco, attempt to steal a magical ring, she unwittingly puts herself in the crosshairs of Chasseur Reid Diggory. Neither she nor Reid could ever work together, but their paths are irrevocable tied when they are forced into an arranged marriage. As the Chasseurs continue their hunts and the witches grow most bold in their attacks, Lou must keep her identity hidden or risk certain death – from both sides.

Seventeen-year-old Corey Ryder can’t remember a time when she wasn’t gliding through the air of Cirque Mystique’s big top. As a trapeze artist in a traveling circus, Corey wakes up every day in a different place, buzzing for the moment she can suspend gravity during the night’s performance.

When the circus pulls into small-town Sherwood, California, everything seems normal—aside from meeting the exceptionally cute Luke Everett at a local diner. But that night, in the midst of the performance, tragedy strikes and flames overtake the tent. While Corey narrowly escapes, in the ashes of the circus pitch lies the only home she’s ever known.

Nor once dreamed of seeing the wondrous wealth and beauty of Ilara, the kingdom that’s ruled her village for as long as anyone can remember. But when a childhood accident left her with a permanent scar, it became clear that her identical twin sister, Zadie, would likely be chosen to marry the Crown Prince—while Nor remained behind, unable to ever set foot on land. Then Zadie is gravely injured, and Nor is sent to Ilara in her place.

Frank has two names. His American name and his Korean name. He has two sides – perpetually separated. When his parents strongly encourage a relationship with a fellow Korean-American family friend, Joy, and Frank finds himself falling in love with a definitely-not-parental-approved White girl, he and Joy concoct a plan to secretly date to give each other the freedom to be who (and date whomever) they want to be.

City of Beasts – Corrie Wang – Freeform – Published 17 September 2019
For seventeen years, fees have lived separate from beasts. The division of the sexes has kept their world peaceful. Glori Rhodes is like most other fees her age. She adores her neighborhood’s abandoned Costco, can bench her body weight, and she knew twenty-seven beast counter attack moves by the time she was seven. She has never questioned the separation of the sexes or the rules that keep her post-nuclear hometown safe. But when her mother secretly gives birth to a baby beast, Glori grows to love the child and can’t help wondering: What really is the difference between us and them?
Young adult fiction: Science fiction

Clara Evans is horrified when she discovers her principal’s “prohibited media” hit list. The iconic books on the list have been pulled from the library and aren’t allowed anywhere on the school’s premises. Students caught with the contraband will be sternly punished. So Clara starts an underground library in her locker, doing a shady trade in titles like Speak and The Chocolate War. But when one of the books she loves most is connected to a tragedy she never saw coming, Clara’s forced to face her role in it.

Just Lucky – Melanie Florence – Second Story Press – Published 17 September 2019
Fifteen-year-old Lucky loves her grandparents. True, her grandmother forgets things, like turning the stove off, or Lucky’s name, but her grandfather takes such good care of them that Lucky doesn’t realize how bad things are . . . until she loses her grandfather and is left caring for her grandmother on her own. When her grandma sets the kitchen on fire, Lucky can’t hide what’s happening any longer, and she is sent into foster care. She quickly learns that some families are okay, and some aren’t. And some really, really aren’t. None of them feel like home. And they’re certainly not family.

Naima and Dew are what mainstream society would wrongly label as outsiders. Those who are different or who behave differently from society’s perception of acceptable or normalised behaviour. Both are struggling, not only under the heavy burden of grief so complex they can hardly speak of it, but with social anxiety (Dew) and the rituals and counting patterns (Naima) that has become a part of their every day existences. In each other they find someone who is facing the same complex emotional roller coaster.

Verify – Joelle Charbonneau – Verify #1 – HarperTeen – Published 24 September 2019
Meri Beckley lives in a world without lies. When she turns on the news, she hears only the facts. When she swipes the pages of her online textbooks, she reads only the truth. When she looks at the peaceful Chicago streets, she feels the pride everyone in the country feels about the era of unprecedented hope and prosperity over which the government presides. But when Meri’s mother is killed, Meri suddenly has questions that no one else seems to be asking. And when she tries to uncover her mother’s state of mind in her last weeks, she finds herself drawn into a secret world full of facts she’s never heard and a history she didn’t know existed.
Young adult fiction: Dystopian

By day, seventeen-year-old Kiera Johnson is an honors student, a math tutor, and one of the only Black kids at Jefferson Academy. But at home, she joins hundreds of thousands of Black gamers who duel worldwide as Nubian personas in the secret multiplayer online role-playing card game, SLAY. No one knows Kiera is the game developer, not her friends, her family, not even her boyfriend, Malcolm, who believes video games are partially responsible for the “downfall of the Black man.”

But when a teen in Kansas City is murdered over a dispute in the SLAY world, news of the game reaches mainstream media, and SLAY is labeled a racist, exclusionist, violent hub for thugs and criminals. Even worse, an anonymous troll infiltrates the game, threatening to sue Kiera for “anti-white discrimination.”