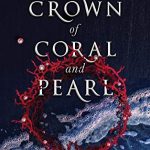 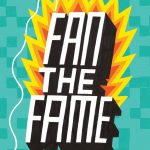 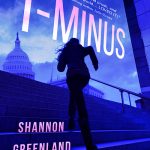 To everyone else, Winona’s father is charming and kind. To her, he is both jailer and torturer. Lucille works hard to keep a roof over her mother’s head and her hard-earned savings away from the grubby hands of her drug-dealing brother. The only peace the two girls find is with stolen moments together in a run-down bar outside of town and dreams of starting over. One night, Winona leaves, steals her grandfather’s convertible and a handfull of valuables. Together, Winona and Lucille start off across the country. Towards what, they’re not sure but it can’t be worse than what they’re leaving behind.

I am the daughter of the first female POTUS, and today is about to become the longest day of my life…

24 hours—that’s how much time I have to save my mother before terrorists assassinate her. But now my father and brother are missing, too. This goes deeper than anyone thinks. Only someone on the inside would know how to pull this off—how to make the entire First Family disappear.

A car crash leaves Tessa temporarily blind. Now Tessa refuses to write her poetry or leave the house, so her grandparents place an ad for a helper. Weston sees the ad at his father’s paper just before it’s pulled from publication and decides Tessa is someone he can help. As a double amputee, the idea of someone getting to know him without seeing him is very appealing. At first reluctant to work with Weston, Tessa pushes him away in every way she can, but he doesn’t give up – determined to show her that life is about more than what she can see.

Willa and Taylor were supposed to spend the summer after high school sailing from Ohio to Key West with their best friend, Finley. But Finley died before graduation, leaving them with a twenty-five-foot sailboat, a list of clues leading them to destinations along the way, and a friendship that’s hanging by a thread.

Now, Willa and Taylor have two months and two thousand miles to discover how life works without Finley—and to decide if their own friendship is worth saving.

Lainey wouldn’t mind lugging a camera around a video game convention for her brother, aka YouTube superstar Codemeister, except for one big problem. He’s funny and charming online, but behind closed doors, Cody is a sexist jerk.

SamTheBrave came to this year’s con with one mission: meeting Codemeister—because getting his idol’s attention could be the big break Sam needs.

ShadowWillow is already a successful streamer. But when her fans start shipping her with Code, Shadow concocts a plan to turn the rumors to her advantage.

The three teens’ paths collide when Lainey records one of Cody’s hateful rants on video. Because she’s determined to spill the truth to her brother’s fans—even if that means putting Sam and Shadow in the crosshairs.

Nor once dreamed of seeing the wondrous wealth and beauty of Ilara, the kingdom that’s ruled her village for as long as anyone can remember. But when a childhood accident left her with a permanent scar, it became clear that her identical twin sister, Zadie, would likely be chosen to marry the Crown Prince—while Nor remained behind, unable to ever set foot on land. Then Zadie is gravely injured, and Nor is sent to Ilara in her place.

But this Halloween is different—Josiah and Deja are finally seniors, and this is their last season at the pumpkin patch. Their last shift together. Their last good-bye.