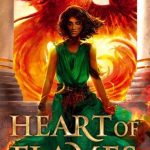 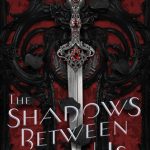 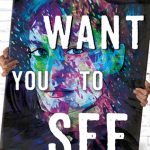 At a time when everything in her small town of Seaside, Rhode Island, seems like it’s changing, eleven-year-old Izzy Vitale wants things to stay the same. She wants her dad to start acting like he did before he was deployed to Afghanistan, she wants her mom to move back to the marina where they live, but most of all, she wants best friends – Piper and Zelda (dubbed the Sea Star Posse by their kindergarten teacher) – to stay best friends as they begin sixth grade at the regional middle school.

Then, Izzy’s father invites his former Army interpreter from Afghanistan and his whole family – including eleven-year-old Sitara — to move into the upstairs apartment at the marina.

YES: Jamie Goldberg is cool with volunteering for his local state senate candidate—as long as he’s behind the scenes. No: Maya Rehman’s having the worst Ramadan ever. Why her mother thinks the solution to her problems is political canvassing—with some awkward dude she hardly knows—is beyond her. MAYBE SO
Going door to door isn’t exactly glamorous, but maybe it’s not the worst thing in the world.

Winning a scholarship to California’s most prestigious art school seems like a fairy tale ending to Sabine Reye’s awful senior year. After losing both her mother and her home, Sabine longs for a place where she belongs.

But the cutthroat world of visual arts is nothing like what Sabine had imagined.

Corey has just been released from jail, and all he wants is a new beginning. But when his former gang comes knocking, Corey agrees to vandalize the home of Kent Hopper, the prosecutor who put him away.

To erase the guilt she carries from getting away with a crime, Tessa spends most of her nights riding her motorcycle. When she catches Corey destroying her father’s car, she doesn’t see a criminal: She sees a way to finally right her own wrongs. So instead of turning Corey over to the police, she convinces her father to give Corey a second chance.

Veronyka, Tristan, and Sev must stop the advancing empire from destroying the Phoenix Riders in this fiery sequel to Crown of Feathers

Jemima Kincaid is a feminist, and she thinks you should be one too. Her private school is laden with problematic traditions, but the worst of all is prom. The guys have all the agency; the girls have to wait around for promposals (she’s speaking heteronormatively because only the hetero kids even go). In Jemima’s (very opionated) opinion, it’s positively medieval.

Then Jemima is named to Senior Triumvirate, alongside superstar athlete Andy and popular, manicured Gennifer, and the three must organize prom. Inspired by her feminist ideals and her desire to make a mark on the school, Jemima proposes a new structure. They’ll do a Last Chance Dance: every student privately submits a list of crushes to a website that pairs them with any mutual matches.

Thrust into leadership upon the death of his emperor father, young Prince Ahkin feels completely unready for his new position. Though his royal blood controls the power of the sun, he’s now responsible for the lives of all the Chicome people. And despite all Ahkin’s efforts, the sun is fading–and the end of the world may be at hand.

For Mayana, the only daughter of the Chicome family whose blood controls the power of water, the old emperor’s death may mean that she is next. Prince Ahkin must be married before he can ascend the throne, and Mayana is one of six noble daughters presented to him as a possible wife. Those who are not chosen will be sacrificed to the gods.

Elle and her friends Mads, Jenny, and Summer rule their glittering LA circle. Untouchable, they have the kind of power other girls only dream of. Every party is theirs and the world is at their feet. Until the night of Elle’s sweet sixteen, when they crash a St. Andrew’s Prep party. The night the golden boys choose Elle as their next target.

They picked the wrong girl.

Sworn to vengeance, Elle transfers to St. Andrew’s. She plots to destroy each boy, one by one. She’ll take their power, their lives, and their control of the prep school’s hierarchy. And she and her coven have the perfect way in: a boy named Mack, whose ambition could turn deadly.

Two years ago, a misunderstanding between the leaders of Earth and the invading Ilori resulted in the deaths of one-third of the world’s population.

Seventeen-year-old Janelle “Ellie” Baker survives in an Ilori-controlled center in New York City. Deemed dangerously volatile because of their initial reaction to the invasion, humanity’s emotional transgressions are now grounds for execution. All art, books and creative expression are illegal, but Ellie breaks the rules by keeping a secret library. When a book goes missing, Ellie is terrified that the Ilori will track it back to her and kill her.

Alessandra is tired of being overlooked, but she has a plan to gain power:

No one knows the extent of the freshly crowned Shadow King’s power. Some say he can command the shadows that swirl around him to do his bidding. Others say they speak to him, whispering the thoughts of his enemies. Regardless, Alessandra knows what she deserves, and she’s going to do everything within her power to get it.