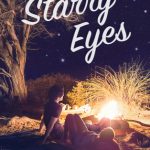 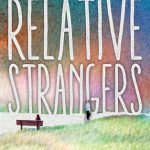 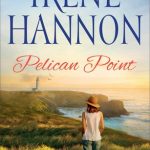 Looking for some new books to add to your to-read list? April has a few choice options. These are the books that have made it onto my list for April 2018. Click on covers for more information and reviews.

Shocked when she discovers a family secret, Zorie is happy to escape by accepting an invitation to go glamping with some of her classmates. But she is not so happy to discover that Lennon – once her best friend turned something more and now her biggest enemy – has also been invited. When she and Lennon are separated from the others, the two of them must trek their way through the wilderness together.

When it comes to family, Annie is in the losers bracket. While her foster parents are great (mostly), her birth mom, Nancy, and her sister, Sheila, would not have been her first picks. And no matter how many times Annie tries to write them out of her life, she always gets sucked back into their drama. But when a family argument breaks out at one of Annie’s swim meets and her nephew goes missing, Annie can’t help but think this is her fault. With help from her friends, her foster brother, and her social service worker, Annie searches desperately for her missing nephew, determined to find him and finally get him into a safe home.

Unlike the rest of the world, Iris doesn’t care about the famous high-fantasy Elementia books written by M. E. Thorne. So it’s just a little annoying that M. E. Thorne is her grandmother—and that Iris has to deal with the trilogy’s crazy fans.

When Iris gets dropped in Ireland for the movie adaptation, she sees her opportunity: if she can shut down production, the Elementia craze won’t grow any bigger, and she can finally have a normal life. Not even the rascally-cute actor Eamon O’Brien can get in her way.

In the Alskad Empire, nearly all are born with a twin, two halves to form one whole…yet some face the world alone. The singleborn. The diminished.

As their sixteenth birthdays approach, Bo and Vi face very different futures—one a life of luxury as the heir to the throne, the other years of backbreaking work as a temple servant. But a long-held secret and the fate of the empire are destined to bring them together in a way they never could have imagined.

Eighteen-year-old Jules has always wished for a close-knit family. She never knew her father, and her ex-addict mother has always seemed more interested in artistic endeavors than in bonding with her only daughter. Jules’s life and future look as flat and unchanging as her small Illinois town. Then a simple quest to find a baby picture for the senior yearbook leads to an earth-shattering discovery: for most of the first two years of her life, Jules lived in foster care. Reeling from feelings of betrayal and with only the flimsiest of clues, Jules sets out to learn the truth about her past. What she finds is a wonderful family who loved her as their own and hoped to adopt her — including a now-adult foster brother who is overjoyed to see his sister again. But as her feelings for him spiral into a devastating, catastrophic crush — and the divide between Jules and her mother widens — Jules finds herself on the brink of losing everything.

Grace’s junior year is turning into her best year yet. She’s set to make honor roll, her print from photography class might win a national contest, and her crush just asked her to prom.

Then the bottom falls out. News breaks that the investment fund her mom runs is a scam and her mother is a thief. Now, instead of friends, the FBI is at her door. Grace is damaged goods.

Millions of dollars are unaccounted for, and everyone wants to know where all the money went. Can she find it and clear her mother’s name?

When Betsy receives a voice message from her sister, Jenna, asking if she can leave her two young girls with her while she attends a photography camp, Betsy knows it will test everything inside her. It will bring back the harsh memories of negative test results and the guest room that never became a nursery. It will strain further her relationship with her husband, something that was only now slowly returning to normal. But Betsy never says no to her sister and so two sweet, young girls descend on Betsy and Ty’s farm and home. For Jenna it is a time to finally follow her dreams of photography. For Betsy and Ty it is a time of facing the past’s hurt and faded dreams, while reconnecting as a couple. But as a hurricane looms, will this family survive everything the summer has in store for them?

No One Ever Asked – Katie Ganshert – WaterBrook – Published 3 April 2018

When an impoverished school district loses its accreditation and the affluent community of Crystal Ridge has no choice but to open their school doors, the lives of three very different women converge: Camille Gray–the wife of an executive, mother of three, long-standing PTA chairwoman and champion fundraiser–faced with a shocking discovery that threatens to tear her picture-perfect world apart at the seams. Jen Covington, the career nurse whose long, painful journey to motherhood finally resulted in adoption but she is struggling with a happily-ever-after so much harder than she anticipated. Twenty-two-year-old Anaya Jones–the first woman in her family to graduate college and a brand new teacher at Crystal Ridge’s top elementary school, unprepared for the powder-keg situation she’s stepped into. Tensions rise within and without, culminating in an unforeseen event that impacts them all. This story explores the implicit biases impacting American society, and asks the ultimate question: What does it mean to be human? Why are we so quick to put labels on each other and categorize people as “this” or “that”, when such complexity exists in each person?

Mitch Callaghan had a great example of a wonderful relationship as he grew up.  He’s watched as his brothers and sisters have found love while it has continued to elude him.  Belle Jacobs spent most of her growing up years watching her mom’s never-ending search for her prince charming. As an adult, she found out the hard way that flowery declarations of love and gifts of bouquets and candy didn’t mean the feelings were genuine. So while she’s busy running Belles and Beaus, the wedding planner/bridal clothing business her mom had started years ago, Belle has no plans to make use of the services for herself.

When Mitch accompanies Maya, his twin brother’s fiancée, to the meeting with the wedding planner, it’s under duress. He soon realizes, though, that what he’d seen as a favor for Gabe and Maya has become a life changing moment for him.