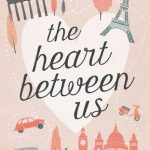 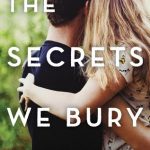 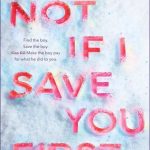 Some hot new release picks for March 2018. Click on covers for more information and reviews.

Rev Fletcher has found safety and love with his adoptive parents. But when his biological father reaches out to him, it threatens to shake and destroy everything. In the midst of this turmoil, Rev meets Emma. They attend the same high school but have never really crossed paths until now. Emma, too, knows what it feels like to have her world turned upside down. Her parents are constantly fighting, her father barely acknowledges her existence, and her mother is constantly on her case, and then there is the online stalker sending her horrible messages. When things escalate for both Rev and Emma, they will need to learn to lean on each other as well as drawing on the support of the people around them.

A congressman’s daughter who has to be perfect. A star quarterback with a secret. A guy who’s tired of being ignored. A clarinet player who’s done trying to fit in. An orphaned rebel who wants to teach someone a lesson. A guy who wants people to see him, not his religion.

They couldn’t be more different, but before the morning’s over, they’ll all be trapped in a school that’s been rocked by a bombing.

When Leigh’s mother dies by suicide, Leigh’s world is thrown into chaos. One thing of which she is sure: her mother has turned into a beautiful, red bird. And that bird wants her to travel to Taiwan. Meeting her grandparents for the first time, exploring the places her mother once visited, and trying to uncover the long-buried truths of her family, Leigh slowly starts to face her mother’s death and the events leading up to it.

Caroline Sands has never been particularly good at making friends. So out of desperation and a desire to please her worried mother, Caroline invented a whole life for herself—using characters from Felicity, an old show she discovered online and fell in love with. But now it’s time for Caroline to go off to college and she wants nothing more than to leave her old “life” behind and build something real. However, when her mother discovers the truth about her manufactured friends, she gives Caroline an ultimatum: Prove in this first semester that she can make friends of the nonfictional variety and thrive in a new environment. Otherwise, it’s back to living at home—and a lot of therapy.

Maddie thought she and Logan would be friends forever. But when your dad is a Secret Service agent and your best friend is the president’s son, sometimes life has other plans. Before she knows it, Maddie’s dad is dragging her to a cabin in the middle of the Alaskan wilderness. Maddie tells herself it’s okay.
Until Logan shows up six years later . . .
And Maddie wants to kill him.

But before that can happen, an assailant appears out of nowhere, knocking Maddie off a cliff and dragging Logan to some unknown fate. Maddie knows she could turn back- and get help. But the weather is turning and the terrain will only get more treacherous, the animals more deadly.

Leigh Weston has returned to her hometown, eager to escape the memories of a patient who turned stalker. But what was supposed to bring peace and security only brings more chaos when the local dive team investigation unit discovers a dead body in the water just off Leigh’s lakeside home. Homicide Investigator Ryan Parker didn’t enjoy discovering a body on one of his team’s routine training sessions, but he is glad for the excuse to spend more time with his childhood crush (and his best-friend’s sister), Leigh. But the case becomes personal when Leigh finds herself targeted by a dangerous killer.

Megan Jacobs is stuck – still living at home with her parents even though she is now in her thirties, still working part-time in a job that she likes but doesn’t love, still wondering what happened to her relationship with her twin sister, still regretting giving up on a chance to follower her dreams, still scared that her new heart and health will fail. When Megan meets the parents of her heart-transplant donor, she surprises herself by deciding to fulfil 24 steps on Amanda’s bucket list, and so begins a travel adventure. She is even more surprised when her sister, Crystal, joins her. Crystal, too, is searching for something – answers to her marriage troubles, inspiration for her career, and maybe a chance to face the fears she has held all her life.