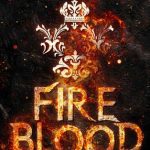 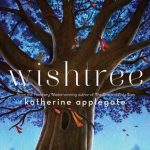 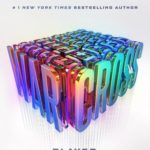 Here are my book picks for September 2017. Click on covers for more information and reviews.

Red is an oak tree who is many rings old. Red is the neighborhood “wishtree”—people write their wishes on pieces of cloth and tie them to Red’s branches. Along with her crow friend Bongo and other animals who seek refuge in Red’s hollows, this “wishtree” watches over the neighborhood.

You might say Red has seen it all. Until a new family moves in. Not everyone is welcoming, and Red’s experiences as a wishtree are more important than ever.

Lena plans to enjoy her senior year of high school. Once last year of parties, special events, volleyball games, time spent with her friends Abbi, Dary and Megan, and treasured moments with her best friend (the boy with whom she has been secretly in love with for years), Sebastian. But a tragedy none of them saw coming shakes Lena’s life. Now, nothing is like she planned. Worse is the grief and guilt she doesn’t know how to deal with and the simple fact that she doesn’t know who she is anymore or how to keep moving on with her life.

3:47 a.m. That’s when they come for Wren Clemmens. She’s hustled out of her house and into a waiting car, then a plane, and then taken on a forced march into the desert. This is what happens to kids who’ve gone so far off the rails, their parents don’t know what to do with them anymore. This is wilderness therapy camp. Eight weeks of survivalist camping in the desert. Eight weeks to turn your life around. Yeah, right.

Emilie Day is beginning her first day at public high school after years of being home schooled. Her mother believes school will be good for Emilie’s emotional and social well being – sure, if you don’t take into account all the things that could go wrong. Emilie is worried that her new classmates will find out about her epilepsy – but worse would be if she has a seizure at school in front of everyone. Determined to keep apart from everyone, Emilie isn’t prepared for her charming classmate Chatham York or the friendly girls from the lit mag. Soon, Emilie will have to chose if hiding her secret is worth risking her new-found friendships.

Esther Solar’s family is cursed. Cursed to die of their greatest fear. It’s why her father hasn’t left the basement in six years, why her brother is constantly surrounded by multiple sources of light, and why she herself has decided to never find her greatest fear. Instead, Esther has created a list of her worst nightmares and has worked hard to avoid each and every one of them. But then an old classmate (and crush) reappears in her life, pickpockets her belongings, and discovers her list. Jonah decides that Esther must face her fears and that he will help.

Romy Silvers is the only surviving crew-member of a spaceship travelling to a new planet, on a mission to establish a second home for humanity amongst the stars. Alone in space, she is the loneliest girl in the universe until she hears about a new ship which has launched from Earth – with a single passenger on board. A boy called J.

Their only communication with each other is via email – and due to the distance between them, their messages take months to transmit across space. And yet Romy finds herself falling in love.

Against all odds, Ruby has defeated the villainous Frost King and melted his throne of ice. But the bloodthirsty Minax that was trapped inside is now haunting her kingdom and everyone she loves. The answers to its demise may lie to the south in Sudesia, the land of the Firebloods, and a country that holds the secrets to Ruby’s powers and past….

For the millions who log in every day, Warcross isn’t just a game—it’s a way of life. The obsession started ten years ago and its fan base now spans the globe, some eager to escape from reality and others hoping to make a profit. Struggling to make ends meet, teenage hacker Emika Chen works as a bounty hunter, tracking down players who bet on the game illegally. But the bounty hunting world is a competitive one, and survival has not been easy. Needing to make some quick cash, Emika takes a risk and hacks into the opening game of the international Warcross Championships—only to accidentally glitch herself into the action and become an overnight sensation.

Jane’s aunt made her promise to accept if she was ever invited to stay at the mysterious grand house Tu Reviens. So, when Jane’s friend Kiran offers just such an invitation, Jane agrees. But Tu Reviens contains many secrets and intriguing mysteries and Jane’s own choices will influence what she will uncover and how that will change her destiny.

Fifteen-year-old Matt Wainwright is in turmoil. He can’t tell his lifelong best friend, Tabby, how he really feels about her; his promising basketball skills are being overshadowed by his attitude on the court, and the only place he feels normal is in English class, where he can express his inner thoughts in quirky poems and essays. Matt is desperately hoping that Tabby will reciprocate his feelings; but then Tabby starts dating Liam Branson, senior basketball star and all-around great guy. Losing Tabby to Branson is bad enough; but, as Matt soon discovers, he’s close to losing everything that matters most to him.

Invictus – Ryan Graudin – Little, Brown Books – Published 26 September 2017
Farway Gaius McCarthy was born outside of time. The son of a time-traveling Recorder from 2354 AD and a gladiator living in Rome in 95 AD, Far’s birth defies the laws of nature. Exploring history himself is all he’s ever wanted, and after failing his final time-traveling exam, Far takes a position commanding a ship with a crew of his friends as part of a black market operation to steal valuables from the past.

But during a heist on the sinking Titanic, Far meets a mysterious girl who always seems to be one step ahead of him.

Raegan Walker is fine. She’s happy working a slew of part-time jobs, still living in her childhood bedroom and rarely venturing from her hometown. At least, that’s what she tells everyone . . . and herself. But she can’t help wondering what might’ve happened if she hadn’t abandoned her art so many years ago—and if Bear McKinley had never left.

Ten years ago, Bear gave up everything—his freedom and his reputation—for his mess of a family. Suddenly he finds himself back in Maple Valley, charged with the care of his missing brother’s children, convinced he’s out of second chances to make his life count.

In the biggest case of her career, attorney Kate Sullivan is tapped as lead counsel to take on Mason Pharmaceutical because of a corporate cover-up related to its newest drug. After a whistleblower dies, Kate knows the stakes are much higher than her other lawsuits.

Six months after stopping a deadly plague, Cole “Tox” Russell and his team are enjoying a little rest. That peace is short-lived when a sniper shot hits Tox. The enemy is discovered to be one of their own, a rogue Special Forces team operator.
Alec King is perhaps the only person as skilled as Tox, and he’s out for justice. Furious with orders that got his men killed, he intends to make those responsible pay. And he insists Tox join him, believing they are the same breed of soldier.
Christian fiction: Military, Thriller

Kelsey Allen is slowly building her security consultancy business. Her recent employment has involved posing as the Phantom Hawk, sneaking into buildings and showing the owners the gaps in their security systems. But when she is spotted one night and shot at, Kelsey knows she had a lucky escape. However, her next assignment – posing undercover at a museum to uncover a spate of artifact thefts – suddenly leads to a murder investigation, and, when it all becomes tied to the cold case of her father’s disappearance, she knows she will need the help of police to solve this mystery. Family friend and old school mate, Detective Brad Hollister is the man for the job, but neither Kelsey nor Brad expect the spark between them, nor just how dangerous this case could get.

When Tess is involved with a police shooting, the fallout threatens to destroy the career she has worked so hard to build. Left with few options, she decides to leave Long Beach and apply for a position as Chief of Police in a small rural town in Oregon. In her first few weeks she faces much opposition, but she had the chance to prove herself when a man is murdered and the local pastor’s wife goes missing.
Christian fiction: Mystery-thriller

Francine Howard has her life all mapped out until the soldier she planned to marry at WWII’s end writes to tell her he’s in love with a woman in England. Devastated, Francine seeks a fresh start in the Appalachian Mountains, training to be a nurse midwife for the Frontier Nursing Service.

Deeply affected by the horrors he witnessed at war, Ben Locke has never thought further ahead than making it home to Kentucky. His future shrouded in as much mist as his beloved mountains, he’s at a loss when it comes to envisioning what’s next for his life.

Beth Whitaker isn’t supposed to be a small-town girl. She’s always dreamed of leaving Willow Grove, Illinois, for the big city, but she feels trapped, struggling to make up for a mistake that’s haunted her for years. Just when Beth is finally ready to break free, her sister impulsively buys a beloved but run-down farm on the outskirts of town, and she begs Beth to help with the restoration. Reluctantly, Beth agrees to help—and puts her own dreams on hold once again.