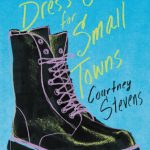 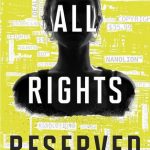 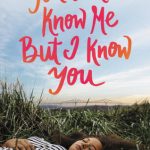 Here are my book picks for August 2017. Click on covers for more information and reviews.

Music is Elijah’s life. Kristen dreams of a career on stage. When a photo and comment go viral, Elijah and Kirstin are thrown into the spotlight as the comments become increasingly sinister.

Tyler Bennett trusts no one. Just another foster kid bounced from home to home, he’s learned that lesson the hard way. Cue world’s tiniest violin. But when strange things start happening—waking up with bloody knuckles and no memory of the night before or the burner phone he can’t let out of his sight— Tyler starts to wonder if he can even trust himself.

Even stranger, the girl he’s falling for has a burner phone just like his. Finding out what’s really happening only leads to more questions…questions that could get them both killed. It’s not like someone’s kidnapping teens lost in the system and brainwashing them to be assassins or anything, right?

Jenny meets Chance for the very first time when she is assigned as his partner in their Junior Oral Communications class. But after they rescue a doomed assignment with one clever lie, the whole school is suddenly convinced that Little-Miss-Really-Likes-Having-A’s and the most scandalous heartbreaker in school have been best friends forever. It’s amazing how quickly a lie can grow―especially when you really, really want it to be the truth.

Levon Grady and Samantha Vash are both students at an alternative high school for high-achieving but troubled teens. They have been chosen for a year-long project where they write their life stories and collect interviews from people who know them. The only rule is 100% confidentiality—they will share their work only with each other. What happens will transform their lives.
Young adult fiction: Contemporary

Everly lost her boyfriend and her best friend at the same time when they began a relationship behind her back. Now, she is battling anxiety and dodging them in the school hallways rather than fulfilling her dreams of senior year. But when she meets Gabe in her therapist’s office, they begin a new friendship that, amidst the trauma in their lives, soon becomes much more.

On one cloudless, radiant summer afternoon, Lake Devereaux lost everything. The car crash claimed the lives of her best friend and boyfriend, the people who had become her family after her own fell apart. But she doesn’t have to lose them both.

The development of resurrection technology has changed the world. Under the new laws regulating the process, each person gets one resurrection to be used or forfeited on their eighteenth birthday. Mere weeks away from turning eighteen, Lake faces an impossible choice.

Vicky Decker has perfected the art of hiding in plain sight, quietly navigating the halls of her high school undetected except by her best (and only) friend, Jenna. But when Jenna moves away, Vicky’s isolation becomes unbearable.

So she decides to invent a social life by Photoshopping herself into other people’s pictures, posting them on Instagram under the screen name Vicurious. Instantly, she begins to get followers, so she adds herself to more photos from all over the world with all types of people.

Bernice Aurora Wescott has one thing she doesn’t want anyone to know: her name. That is, until Bee meets Levi, the local golden boy who runs a charity organization called The Color Project.

Levi is not at all shy about attempting to guess Bee’s real name; his persistence is one of the many reasons why Bee falls for him. But while Levi is everything she never knew she needed, giving up her name would feel like a stamp on forever. And that terrifies her.

When unexpected news of an illness in the family drains Bee’s summer of everything bright, she is pushed to the breaking point.

Billie McCaffrey is the preacher’s daughter in a small town in Western Kentucky most famous for its harvest festival and annual Corn Dolly competition. Despite the many rude comments and judgemental looks, Billie dresses and acts in a way that is true to who she is. An artist. An adventurer. A member of the Hexagon, her group of friends who she has collected over the years. But as her feelings for two of her best friends grow and change into something unexpected and her relationship with another friend brings new experiences and freedom into her life, who Billie is and what she thinks about herself collides with her father’s (and the town’s), expectations.

When Audrey discovers she is pregnant it forces her to evaluate her life and what she wants from it, who she wants to be. It brings into focus her relationships, with her supportive, musician, going-places boyfriend, her snarky, infuriating best friend, her wider group of friends, her adoptive mother, and even her biological mother, who has always remained somewhat of a mystery.
Young adult fiction – Contemporary

He has no voice, or name, only a rank, Eighth. He doesn’t know the details of the mission, only the directives that hum in his mind.
Sixteen year-old Raven is at summer camp when the terrifying armored Nahx invade, annihilating entire cities, taking control of the Earth. Isolated in the wilderness, Raven and her friends have only a fragment of instruction from the human resistance.
Thrown together in a violent, unfamiliar world, Eighth and Raven should feel only hate and fear. But when Raven is injured, and Eighth deserts his unit, their survival comes to depend on trusting each other…

In a world where every word and gesture is copyrighted, patented or trademarked, one girl elects to remain silent rather than pay to speak, and her defiant and unexpected silence threatens to unravel the very fabric of society.
Young adult fiction: Science-fiction

Addie hopes that the road trip of a lifetime through the rolling hills of Ireland will not only bring the romance and adventure she so desperately seeks—but also help fix the shattered relationship she has with her brother after secrets come to the surface.
Young adult fiction: Contemporary.

Mia is on the cusp of fulfilling her dreams – well, her plan B dream, that is. She is about to interview for a leadership position with Mission Medical, which will enable her to travel, help people in need, and use her nursing skills, putting her far away from the heartbreak of a second broken engagement and her dreams of a family of her own. But her baby sister’s sudden pregnancy announcement and impromptu wedding, has Mia worried. When the opportunity to move to Echo Falls to be near her sister and increase her chance of success in her upcoming interview arises, Mia takes it – even if it also puts her nearer to Jake Tanner. The handsome former detective has his own dreams to help people, particularly teens of police officers who have lost their lives in the face of duty. Mia’s entrance into Jake’s life offers him the chance to follow his other dream – love and a family, but Mia is scared of risking her heart again.

Eighteen-year-old NHL player Logan Balanchuk came to Corrigan Falls to distract himself from his career-ending injury. He doesn’t want to even hear the word “hockey,” so when he meets Dawn, a beautiful, free-spirited girl who goes skinny-dipping instead of watching the draft, he’s intrigued. Neither of them is looking for anything serious, anyway.