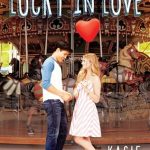 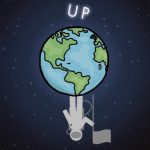 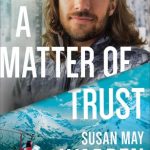 Here’s a short list of what books are due for release in July 2017. Click on covers for more information and reviews.

All of Maggie’s focus and free time is spent swimming. She’s not only striving to earn scholarships—she’s training to qualify for the Olympics. It helps that her best friend, Levi, is also on the team and cheers her on. But Levi’s already earned an Olympic try out, so she feels even more pressure to succeed. And it’s not until Maggie’s away on a college visit that she realizes how much of the “typical” high school experience she’s missed by being in the pool.

Not one to shy away from a challenge, Maggie decides to squeeze the most out of her senior year. First up? Making out with a guy. And Levi could be the perfect candidate.

Lenny (short for Eleanor) feels like the world is about to end. Her best friend is moving to New York City to attend Julliard and her dad has terminal cancer. To cope with her stress Lenny is making a list of all the ways the world can end—designer pathogens, blood moon prophecies, alien invasion—and stockpiling supplies in a bunker in the backyard. Then she starts to develop feelings for her dad’s very nice young doctor—and she thinks he may have feelings for her too. Spoiler alert: he doesn’t. But a more age-appropriate love interest might. In a time of complete uncertainty, one thing’s for sure: Lenny’s about to see how everything is ending and beginning. All at the same time.

Nineteen-year-old Sydney has the perfect summer mapped out. She’s spending the next four and half weeks traveling through Europe with her childhood best friend, Leela. Their plans include Eiffel-Tower selfies, eating cocco gelato, and making out with très hot strangers. Her plans do not include Leela’s cheating ex-boyfriend showing up on the flight to London, falling for the cheating ex-boyfriend’s très hot friend, monitoring her mother’s spiraling mental health via texts, or feeling like the rope in a friendship tug-of-war.

This Is How It Happened – Paula Stokes – Harper Teen – Published 11 July 2017
When Genevieve Grace wakes up from a coma, she can’t remember the car crash that injured her and killed her boyfriend Dallas, a YouTube star who had just released his first album. Genevieve knows she was there, and that there was another driver, a man named Brad Freeman, who everyone assumes is guilty. But as she slowly pieces together the night of the accident, Genevieve is hit with a sickening sense of dread—that maybe she had something to do with what happened.
Young adult fiction: Contemporary

Who is Robert Jackson Kelly? Is he a juvenile delinquent? A criminal mastermind? A folk hero? One thing is clear: Robert always defies what people think of him. And now, the kid who failed at school, relationships, and almost everything in life, is determined to successfully steal and land a plane.

Bernice Aurora Wescott has one thing she doesn’t want anyone to know: her name. That is, until Bee meets Levi, the local golden boy who runs a charity organization called The Color Project.

Levi is not at all shy about attempting to guess Bee’s real name; his persistence is one of the many reasons why Bee falls for him. But while Levi is everything she never knew she needed, giving up her name would feel like a stamp on forever. And that terrifies her.

When unexpected news of an illness in the family drains Bee’s summer of everything bright, she is pushed to the breaking point.

Delaney’s entire world is thrown into chaos after she is mistaken for Lissa Olena, an alien princess hiding out on Earth in order to escape an arranged marriage.

Kidnapped by the princess’s head bodyguard, Ruckus, and imprisoned in an alien palace, Delaney is forced to impersonate the princess until Olena can be found. If she fails, it will lead to an alien war and the eventual enslavement of the entire human race. No pressure or anything.

Rosa and Eddie are among hundreds of teens applying to NASA’s mysterious Multi-World Agency. After rounds of crazy-competitive testing they are appointed to Team 3, along with an alternate, just in case Eddie screws up (as everyone expects he will). What they don’t expect is that aliens will arrive from another dimension, and look just like us. And no one could even imagine that Team 3 would be the only hope of saving our world from their Earth-destroying plans. The teens steal the spacecraft (it would be great if they knew how to fly it) and head to Earth2, where the aliens’ world and people are just like ours. With a few notable exceptions.
Young adult fiction – Science-fiction

Cassie’s life has been one curve ball after another recently. Like her parents’ divorce and her father moving to Hong Kong. But the sailboat that appears in her driveway might beat it all, especially when her mother explains that she, Cassie, and Cassie’s brother Drew will be skipping their summer plans and sailing the yacht down the coast to Mexico. Life on board is just as awful as Cassie expects – seasickness, tight quarters, separation from her friends and their summer plans, and no distance from her mother who Cassie blames for all the recent changes in her life. But there might also be a few unexpected benefits, like the cute guy who is sailing on another boat in their group. It’s a summer of big changes, but it might also be a summer of new discoveries and healing old hurts.
Young adult fiction – Contemporary

In this third book in the epic Court of Fives series, Jessamy is the crux of a revolution forged by the Commoner class hoping to overthrow their longtime Patron overlords. But enemies from foreign lands have attacked the kingdom, and Jes must find a way to unite the Commoners and Patrons to defend their home and all the people she loves. Will her status as a prominent champion athlete be enough to bring together those who have despised one another since long before her birth? Will she be able to keep her family out of the clutches of the evil Lord Gargaron? And will her relationship with Prince Kalliarkos remain strong when they find themselves on opposite sides of a war?
Young adult fiction – Fantasy

Maddie doesn’t believe in luck. She’s all about hard work and planning ahead. But one night, on a whim, she buys a lottery ticket. And then, to her astonishment — She wins!In a flash, Maddie’s life is unrecognizable. No more stressing about college scholarships. Suddenly, she’s talking about renting a yacht. And being in the spotlight at school is fun… until rumors start flying, and random people ask her for loans. Now, Maddie isn’t sure who she can trust. Except for Seth Nguyen, her funny, charming coworker at the local zoo. Seth doesn’t seem aware of Maddie’s big news. And, for some reason, she doesn’t want to tell him. But what will happen if he learns her secret?

When Natalie O’Ryan returns to Prince Edward Island to plan her wedding, she runs into her childhood best friend–and discovers that the love she’s been looking for is right where she left it.

Lane Kelley left her home town of Harbor Pointe and never looked back. She surrounds herself with work and is content to let that dictate her life – work can’t hurt her like a relationship or family could. But a family accident drags Lane back home, risking a promotion and subjecting her to the shame of the past that she was so eager to escape. Ryan Brooks found solace in Harbor Pointe. To him, it is a refuge away from the trauma of war and his childhood. But the accident that nearly claims both his and his friend’s life brings up his past, as does Lane retuning home. He hopes that he can show Lane that she is worth far more than her work life and that in taking the time to slow down she might find contentment and be willing to risk her heart again.

Gage left behind his life as a champion freestyle snowboarder after a tragic death and vicious lawsuit left him stripped of sponsors and determined to never take such risks again. Now he is a member of the PEAK Rescue team and the snow patrol unit, working to save lives. But then Ella Blair, the girl who he once upon a time thought might be the love of his life and who played a role in the lawsuit that saw him lose everything, renters his life. Together Ella and Gage face the dangers of untamed wilderness and the secrets and hurts of their past as they fight to rescue Ella’s brother.