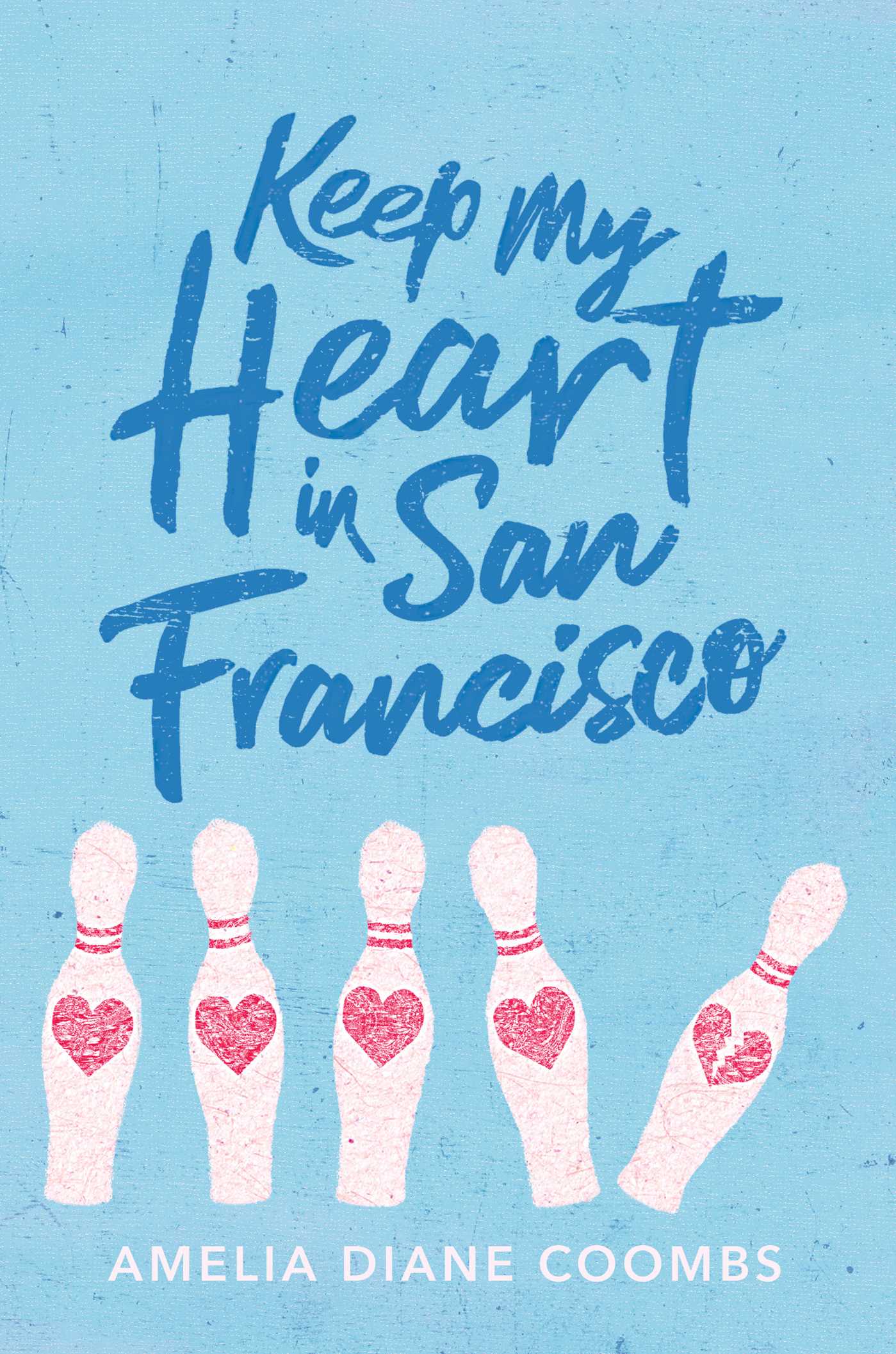 Caroline “Chuck” Wilson has big plans for spring break—hit up estate sales to score vintage fashion finds and tour the fashion school she dreams of attending. But her dad wrecks those plans when he asks her to spend vacation working the counter at Bigmouth’s Bowl, her family’s failing bowling alley. Making things astronomically worse, Chuck finds out her dad is way behind on back rent—meaning they might be losing Bigmouth’s, the only thing keeping Chuck’s family in San Francisco.

And the one person other than Chuck who wants to do anything about it? Beckett Porter, her annoyingly attractive ex-best friend.

So when Beckett propositions Chuck with a plan to make serious cash infiltrating the Bay Area action bowling scene, she accepts. But she can’t shake the nagging feeling that she’s acting irrational—too much like her mother for comfort. Plus, despite her best efforts to keep things strictly business, Beckett’s charm is winning her back over…in ways that go beyond friendship.

If Chuck fails, Bigmouth’s Bowl and their San Francisco legacy are gone forever. But if she succeeds, she might just get everything she ever wanted.

Keep My Heart in San Francisco is a cute YA romance with a darker side of serious topics, including losing a parent to suicide, and important portrayal of mental health and depression.

Chuck (aka Caroline, but don’t call her that) Wilson loves living in San Francisco, so she is shocked to overhear that her father is in danger of losing the family bowling alley. What’s worse is that her ex-best friend Beckett Porter also overhears the eviction threat. Beckett suggests that they team up and start hustling and gambling at bowling to raise cash fast. Chuck isn’t sure, but she’d do anything to stay, even if it means working with Beckett.

I was surprised by how much this reminded me of Jenn Bennett’s Night Owls and Stephanie Perkin’s Lola and the Boy Next Door. For some reason, I was expecting a much lighter, fun romance with a small town  (I know, I know, it was in the title. Don’t judge me). Instead, Keep My Heart in San Francisco is actually quite raw, gritty and deals with serious topics like depression, suicide, grief, as well as the background of the nightlife and crime (even if it is just in a bowling alley) of San Francisco. I much preferred the two other books I mention above but Keep My Heart in San Francisco has the same overall tone, even if I didn’t enjoy the writing style that much.

I did think that Chuck’s battle with depression as well as her conflicting feelings about being like her mother, who has suicided, was well portrayed. Chuck has tried therapy once and found it didn’t help much, but by the end of the book she has learned a lot about herself, has sorted through some of her feelings about her mother and is willing to try again.

I was a little sceptical of Chuck’s motivation to stay in San Francisco. While we readers are told many, many times that she just couldn’t bear to leave, it’s hard to believe her reasons. I didn’t feel it and I wasn’t convinced. She doesn’t seem to have any friends in the city, doesn’t overly love her family’s bowling alley and seems to resent connections to her mother, and the only other reason we are given is her love of the thrift stores. As far as genuine teenage voice, Chuck is a little headstrong and marches right into trouble, despite being warned. She also doesn’t really discuss her thoughts or reasoning with her family or with Beckett, which works for the plot but doesn’t make her really likeable. She’s quick to react and judge and doesn’t show much growth in that area.

Chuck and Beckett form a working partnership and while they soon resume their friendship and then romance after airing the hurts between them, there isn’t a lot of trust between them. We readers, as the story is narrated by Chuck, don’t get much of Beckett’s story and his family troubles, including his dad leaving town due to trouble with gambling and the ‘bad guy’ hustlers seemed very convenient for the plot but not really mined emotionally and it is all very neatly concluded. I would have loved more of Beckett’s story.

While I am sure many readers will enjoy this novel that touches on some serious topics, including loss of a parent through suicide, depression, and financial troubles, I didn’t connect with the characters or their emotions so it’s just a 3.5 stars from me.