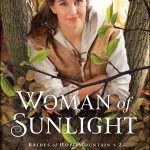 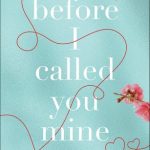 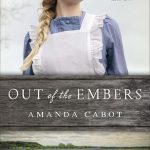 Here is my list of top picks of new releases for March 2020. There are lots to choose from, so enjoy. Click on the covers for more details.

Ten years after her parents were killed, Evelyn Radcliffe is once more homeless. The orphanage that was her refuge and later her workplace has burned to the ground, and only she and a young orphan girl have escaped. Convinced this must be related to her parents’ murders, Evelyn flees with the girl to Mesquite Springs in the Texas Hill Country and finds refuge in the home of Wyatt Clark, a talented horse rancher whose plans don’t include a family of his own.

Home is the place to heal, right? At least, that’s what Dillon Michaels is hoping as she leaves her disappointing career and nonstarter love life behind to help her grieving and aging grandfather on his small Oregon farm. The only problem? Her eccentric mother beat her there and has taken over Dillon’s old room. After a few nights sleeping on a sagging sofa, Dillon is ready to give up, until she receives an unlikely gift–her grandfather’s run-down vintage camp trailer, which she quickly resolves to restore with the help of Jordan Atwood, the handsome owner of the local hardware store.

Wealthy Arabella Lawrence flees to British Columbia on a bride ship still wearing the scars of past mistakes. One of the few single women in the boomtown, she immediately has suitors, but she is determined not to find herself trapped again by a poor choice.

When Jane Hardy is appointed interim sheriff in Pelican Harbor, Alabama, after her father retires, there’s no time for an adjustment period. He is arrested for theft and then implicated in a recent murder, and Jane quickly realizes she’s facing someone out to destroy her father.

After years of isolation on top of Hope Mountain, Ilsa Nordegren may finally be ready to leave. Raised to fear the world, Ilsa and her sisters never planned on coming down, but when the Warden family arrived in need, they had to help. And it may cost them everything.

Having made his fortune, Mitch Warden returned home and found the family homestead abandoned. In a land grab, a ruthless cattle baron had forced his family to escape up the mountain, and when he follows, the last thing he expects is to fall smitten to a black-haired woman who dresses like Robin Hood.

Pecca Gallegos moved to the tiny town of Walton, Georgia, to protect her son and escape the dangerous lifestyle that once defined her. When a series of strange circumstances evolve into threats, Pecca finds herself confiding in an unlikely ally–her stubborn patient.

Army veteran Colton Crawford is desperate to recover from the undiagnosed disorder that is ruining his life, and his instincts are on high alert when threats against his nurse and her son force him to take action. But Colton’s involvement only ramps up the danger when he uncovers a family secret revealing that whoever is after Pecca is closer–and more deadly–than they realized.

Lauren Bailey may be a romantic at heart, but after a decade of matchmaking schemes gone wrong, there’s only one match she’s committed to now–the one that will make her a mother. Lauren is a dedicated first grade teacher in Idaho, and her love for children has led her to the path of international adoption. To satisfy her adoption agency’s requirements, she gladly agreed to remain single for the foreseeable future; however, just as her long wait comes to an end, Lauren is blindsided by a complication she never saw coming: Joshua Avery.

When FBI agent Jack Shannon arrives in Corpus Christi, Texas, he is focused on one thing: find the man who has been selling encrypted government secrets to the Chinese through online birding chat rooms. But when a senator is shot during a hunting trip and the woman he was with is abducted, Jack agrees to join the search–especially when he discovers that the kidnapping victim is Aubrey Grayson, a woman he was once in love with.