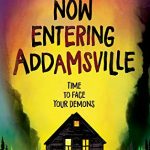 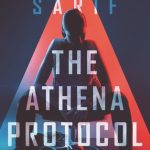 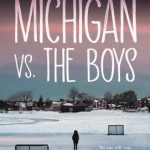 When Sweet Pea’s parents announce their divorce and promise her nothing will change she didn’t expect them to set up nearly identical houses for her on the same street. The only thing between them is the house of Miss Flora Mae, who writes the local advice columns. When Miss Flora Mae goes away on a trip, she asks Sweet Pea to forward her letters to her, but Sweet Pea is drawn to the mystery of the letters and finds herself opening and responding to them herself.

When the school’s janitor is killed as his house burns down, the town of Addamsville blame Zora Novak. With her father in jail for a failed Ponzi scheme, her mother still missing after she disappeared five years ago and the fire incident that left a field burnt and Zora untouched save for two missing fingers, Zora is the easy target. But Zora knows the truth. She is being framed and the person framing her isn’t a person, it’s a firestarter, a demon-like creature who can inhabit people and set fires at will, and Zora, who inherited her ability to see ghosts from her mother, along with her ghost-sensing cousin, is the only one who can stop it.

High-school football star Matt Barnes was on the top of the world until a freak snowboarding accident ending his promising sports career and left him with a permanent limp. As he struggles to accept his changed body, Matt becomes depressed and isolated. Instead of college football camp, he faces a summer job at the local golf club. Then by chance Matt lands an internship at the Justice Project, an organization that defends the wrongly convicted.

When Asterin Faelenhart, Princess of Axaria and heir to the throne, discovers that she may hold the key to defeating the mysterious demon terrorizing her kingdom, she vows not to rest until the beast is slain. With the help of her friends and the powers she wields — though has yet to fully understand — Asterin sets out to complete a single task. The task that countless, trained soldiers have failed. To kill it.  But as they hunt for the demon, they unearth a plot to assassinate the Princess herself instead.

Michigan loves ice hockey. She loves her team and time spent on the ice, both training and playing. But she doesn’t realise how much she loves the sport until the girl’s ice hockey team is cut. While her best friend leaves to play at a boarding school and other members of the team scatter between the swim team and the local team, Michigan decides to try out for the boy’s team. But the boys are far from welcoming and soon Michigan must decide if her love of the sport is worth the abuse she faces.

The streets of Creije are for the deadly and the dreamers, and four crooks in particular know just how much magic they need up their sleeve to survive. Tavia, a busker ready to pack up her dark-magic wares and turn her back on Creije for good. Wesley, the closest thing Creije has to a gangster. Karam, a warrior who spends her days watching over the city’s worst criminals and her nights in the fighting rings, making a deadly name for herself. And Saxony, a resistance fighter hiding from the very people who destroyed her family, and willing to do whatever it takes to get her revenge.

Jessie is part of the Athena Protocol, a secret group of three highly-trained female operatives led by a group of powerful women. Jessie may only be young, but she has been trained by the best of the best in surveillance, combat, research, weapons, coding, and hacking. Which is why she and her team are surprised when, on their most recent mission, Jessie breaks orders and shoots their target. Suspended from the team, Jessie knows they will need her help as they go after a human trafficker with extensive resources. So, Jessie does her own research and fieldwork, but going rouge means she is without the support of her teammates and when things get really dangerous, she will have to watch her back.

Annie and Lee are children of the revolution. Yet, despite their diverse backgrounds, Lee the son of aristocracy, Annie the daughter of peasant farmers, they formed a bond of friendship. Orphans, they tested into the role of Guardians —dragonriders—, a role previously only reserved for the leading rulers. Now, Annie and Lee are in the midst of the tournaments to determine who will be the FirstRider. But with the looming threat of the old regime, their loyalties and friendship will be tested.

War Girls – Tochi Onyebuchi – War Girls #1 – Razorbill – Published 15 October 2019
The year is 2172. Climate change and nuclear disasters have rendered much of earth unlivable. Only the lucky ones have escaped to space colonies in the sky.

In a war-torn Nigeria, battles are fought using flying, deadly mechs and soldiers are outfitted with bionic limbs and artificial organs meant to protect them from the harsh, radiation-heavy climate. Across the nation, as the years-long civil war wages on, survival becomes the only way of life.

Two sisters, Onyii and Ify, dream of more. Their lives have been marked by violence and political unrest. Still, they dream of peace, of hope, of a future together.

News stations across the country are reporting mysterious messages that Earth has been receiving from a planet—Alma—claiming to be its creator. If they’re being interpreted correctly, in seven days Alma will hit the kill switch on their “colony” Earth.

True or not, for teenagers Jesse Hewitt, Cate Collins, and Adeem Khan, the prospect of this ticking time bomb will change their lives forever.

The Bookworm Crush – Lisa Brown Roberts – Entangled: Teen – Published 29 October 2019
Shy bookworm Amy McIntyre is about to compete for the chance to interview her favorite author, who hasn’t spoken to the press in years. The only way to win is to step out of the shadows and into the spotlight, but that level of confidence has never come easy.

The solution? A competition coach. The problem? The best person for the job is the guy she’s secretly crushing on…local surfer celebrity Toff Nichols.