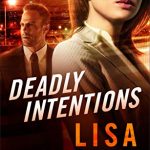 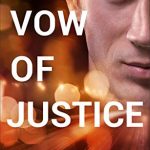 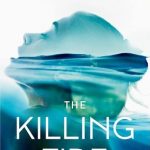 When investigative journalist, Gabby Rowley’s life is threatened by the drug lord she helped send to prison, her protective big brother, Noah, insists she return home with him to Wilmington, North Carolina, where he and his Coast Guard Investigative Service team can keep an eye on her. But when bodies begin to pile up, including one of their own, Gabby is drawn to the investigation, even if it means working alongside old flame and the man she left behind, Finn Walker.

FBI Special Agent Lincoln St. John is living his own personal nightmare. When the woman he loves, Allison Radcliffe, is killed, he devotes his life to tracking down the killers and making them pay for their crimes. He expected it to be a challenge. What he never expected was to find Allison very much alive shortly after her “murder.” As his anger and hurt mix with relief, Linc isn’t sure how he’s supposed to feel. One thing he does know for sure: he and Allison will have to work together to stop a killer before she dies a second time–this time for good.

FBI Profiler Kaely Quinn visits Nebraska to care for her ailing mother. She cant help but notice suspicious connections among a series of local fires, so she calls on her partner, Noah Hunter, to help find the arsonist. Together they unwittingly embark on a twisted path to a mad man who is determined his last heinous act will be Kaelys death.

Anne Norris moved to Savannah, Georgia, for a fresh start. Now her pirate-tour business is flagging, and paying the rent requires more than wishful thinking. When she discovers evidence of a shipwreck off the coast of Tybee Island, she knows it could be just the boon she needs to stay afloat. She takes her findings to local museum director Carter Hale for confirmation, but she runs after a disastrous first meeting.