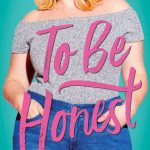 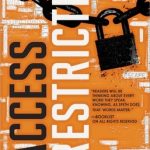 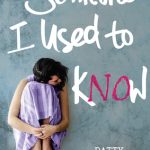 Looking for a new book? August 2018 has a few nice books for your to-read list. Here is my list of top releases for August 2018. Click on covers for more information and reviews.

Three individuals – one a prince, one a solider spy and the last an outlaw – have each experienced the horrors of the civil war and the drive of Argrid’s church to stamp out magic. Adeluna knows the war is over, but she discovers that the Council is not as neutral as they should be. When the infamous outlaw, Devereux Bell is captured, Adeluna knows he could be the key to revealing Argrid’s plans. Meanwhile, Ben is Argrid’s prince. Challenged by his father, he must walk the thin line between exploring the power magic offers him and not being labeled as a heretic. The three must choose which side they are on as their countries march towards war once again.

Mari has constructed an identity online, carefully editing and filtering for optimum followers and likes. But online celebrity cost her a relationship with her cousin, and on her eighteenth birthday, evaluating where’s she come from and all that she has lost, she decides to throw everything away. After posting a video online outing herself and her false identity, she takes up her cousin’s plans to hike the John Muir Trail. Over 200 miles will push Mari to her limits, but it just might give her the chance to start over.

Seventeen-year-old Claire Collins has a plan: get into college and leave North Carolina behind. What she doesn’t have is an idea for how to get rid of the local football star and womanizer extraordinaire—Adam Meade, who she can’t even avoid (despite many efforts), because Claire’s dad is the high school football coach.

Seventeen-year-old Adam Meade never fails. He always gets what he wants… until he meets Claire, the new girl who leaves him unnerved, pissed off, and confused. But there’s something about her that he just can’t resist…

Savannah is dreading being home alone with her overbearing mother after her sister goes off to college. But if she can just get through senior year, she’ll be able to escape to college, too. What she doesn’t count on is that her mother’s obsession with weight has only grown deeper since her appearance on an extreme weight-loss show, and now Savvy’s mom is pressuring her even harder to be constantly mindful of what she eats.

Between her mom’s diet-helicoptering, missing her sister, and worrying about her collegiate future, Savvy has enough to worry about. And then she meets George, the cute new kid at school who has insecurities of his own.

At the end of All Rights Reserved, Speth and her friends freed the city of Vermaine from Silas Rog and his oppressive litigation. But now, with the Wi-Fi untethered, the citizens of her city are looking to Speth to lead them. Just as Speth never intended to lead a rebellion of Silents, she has no idea how to begin putting Vermaine back to rights. All she wants to do is break out of the dome and track down her parents, who were sold into indentured servitude years before. Leaving the care of the city in the hands of her friend and mentor, Kel, Speth and a few friends embark on a journey to explore the rest of their world and spread the cause of freedom.

Calla Fletcher wasn’t even two when her mother took her and fled the Alaskan wild, unable to handle the isolation of the extreme, rural lifestyle, leaving behind Calla’s father, Wren Fletcher, in the process. Calla never looked back, and at twenty-six, a busy life in Toronto is all she knows. But when Calla learns that Wren’s days may be numbered, she knows that it’s time to make the long trip back to the remote frontier town where she was born.