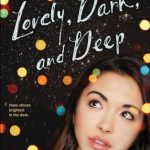 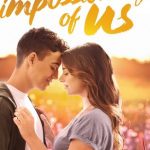 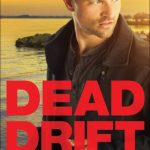 Whether you are ready for some summer reading (Northern Hemisphere) or trying to stay warm with a good book (down here in the Southern Hemisphere) July 2018 has a few nice books for your to-read list. Here is my list of top releases for July 2018. Click on covers for more information and reviews.

Things have changed for seventeen-year-old Zoe ever since the otherworldly events that brought her together with the mysterious bounty hunter she calls X. In order to save Zoe and her family, X has done the unthinkable – he’s given up his freedom and returned to captivity in the Lowlands.

X is determined to break the lords’ hold on him once and for all, but being stripped of his power pushes him toward a darkness he’s never experienced and a past he’s never known. The secrets that surface could be the key to reuniting X and Zoe… or they could mean the destruction of everything they have been fighting for.

Jolie’s a lot of things, but she knows that pretty isn’t one of them. She has mandibular prognathism, which is the medical term for underbite. Chewing is a pain, headaches are a common occurrence, and she’s never been kissed. She’s months out from having a procedure to correct her underbite, and she cannot wait to be fixed.

While her family watches worst-case scenario TV shows, Jolie becomes paralyzed with the fear that she could die under the knife. She and her best friends Evelyn and Derek decide to make a Things Jolie Needs To Do Before She Bites It (Which Is Super Unlikely But Still, It Could Happen) list. Things like: eat every appetizer on the Applebee’s menu and kiss her crush, Noah Reed. Their plan helps Jolie discover what beauty truly means to her.

In Abby Hamilton’s world, superheroes do more than just stop crime and save cats stuck in trees—they also drink milk straight from the carton and hog the television remote. Abby’s older brother moonlights as the famous Red Comet, but without powers of her own, following in his footsteps has never crossed her mind.

That is, until the city’s newest vigilante comes bursting into her life.

Jake Liddell is a hero.

At least, that’s what everyone says he is. The military is even awarding him a Silver Star for his heroic achievements—a huge honor for the son of a military family. Now he’s home, recovering from an injury, but it seems the war has followed him back. He needs pills to get any sleep, a young woman is trying to persuade him into speaking out against military recruitment tactics, and his grandfather is already urging him back onto the battlefield. He doesn’t know what to do; nothing makes sense anymore.

Twins Parker and Charlie are polar opposites. Where Charlie is fearless, Parker is careful. Charlie is confident while Parker aims to please. Charlie is outgoing and outspoken; Parker is introverted and reserved. And of course, there’s the one other major difference: Charlie got leukemia. Parker didn’t. But now that Charlie is officially in remission, life couldn’t be going better for Parker.

After
Jess is alone. Her cabin has burned to the ground. She knows if she doesn’t act fast, the cold will kill her before she has time to worry about food. But she is still alive–for now.

Before
Jess hadn’t seen her survivalist, off-the-grid dad in over a decade. But after a car crash killed her mother and left her injured, she was forced to move to his cabin in the remote Canadian wilderness. Just as Jess was beginning to get to know him, a secret from his past paid them a visit, leaving her father dead and Jess stranded.

After
With only her father’s dog for company, Jess must forage and hunt for food, build shelter, and keep herself warm. Some days it feels like the wild is out to destroy her, but she’s stronger than she ever imagined.

Kenzie holds one truth above all: the company is everything. As a citizen of Omnistellar Concepts, the most powerful corporation in the solar system, Kenzie has trained her entire life for one goal: to become an elite guard on Sanctuary, Omnistellar’s space prison for superpowered teens too dangerous for Earth. As a junior guard, she’s excited to prove herself to her company—and that means sacrificing anything that won’t propel her forward. But then a routine drill goes sideways and Kenzie is taken hostage by rioting prisoners.

What would you do if the sun became your enemy?

That’s exactly what happens to Viola Li after she returns from a trip abroad and develops a sudden and extreme case of photosensitivity — an inexplicable allergy to sunlight. Thanks to her crisis-manager parents, she doesn’t just have to wear layers of clothes and a hat the size of a spaceship. She has to stay away from all hint of light. Say goodbye to windows and running outdoors. Even her phone becomes a threat when its screen burns her.

Viola is determined to maintain a normal life, particularly after she meets Josh.

The last thing Elise wants is to start her senior year in a new town. But after her brother’s death in Afghanistan, she and her mother move from San Francisco to a sleepy coastal village.

When Elise meets Mati, they quickly discover how much they have in common. Mati is new to town too, visiting the U.S. with his family. Over the course of the summer, their relationship begins to blossom, and what starts out as a friendship becomes so much more.

Aven Norgaard has faced many challenges in her short life. Having escaped from the workhouse, her husband then died. Travelling from Norway across the oceans to Appalachia, America, Aven hopes to find a home with her late husband’s relatives. Upon arriving, Aven is surprised to discover that her cousins-in-law are not the boys she expected but grown men – each with their own demons and attractions. Thor Norgaard has loved Aven from a distance for years, but having her in his house is a new and unsettling feeling. Deaf, Thor is touched that Aven seems to truly hear him, yet his relationship with his brother Haakon -already strained – is stretched further and Thor’s own battle with alcohol addiction is a challenge he must overcome if he wants to court Aven.

Private Investigator Kate Maxwell never stopped loving Luke Gallagher after he disappeared. Now he’s back, and together they must unravel a twisting thread of secrets, lies, and betrayal while on the brink of a biological disaster that will shake America to its core. Will they and their love survive, or will Luke and Kate become the terrorist’s next target?

When her twin sister was murdered, Murphy Anderson changed her name and appearance and moved to Kodiak to avoid the press and publicity. But when local authorities discover she’s an artist and request her help in drawing a dying man’s memories, she unintentionally ends up in the limelight again—and may be back in the killer’s crosshairs.

The memory that Murphy was asked to draw was from an Alaskan hunter who discovered five bodies on remote Ruuwaq Island ten years ago, but has only shared the information with the police now that he’s dying of cancer. When they go to the island to investigate, no skeletons remain but there is evidence that the bodies may have been deliberately destroyed. But the big discovery is of a World War II Quonset hut.

The Hope of Azure Springs – Rachel Fordham – Revell – Published 3 July 2018
Seven years ago Em traveled west on an orphan train. After seven years of barely surviving, Em’s only goal is to find her sister. But when her guardian is murdered and Em is injured, she is taken to the town of Azure Springs. There, for the first time in so many years, she is fed, cared for and loved. Taken in by a kind family and protected by the town’s sherif, Caleb Reynolds, Em learns to dream again. But her heart remains focused on reuniting with her sister.
Christian fiction: Historical.

Heart Land – Kimberly Stuart – Howard Books – Published 17 July 2018
Grace Kleren has fought hard to follow her dreams of becoming a top fashion designer. After years of brutal, hard work on the lower rungs, Grace is on the verge of a promotion. But instead of being rewarded for her passion, Grace finds herself without a job and mounting debts she cannot pay. Giving herself time to regroup, Grace returns home to a small town in Iowa, to the love and care of her grandmother, Gigi. But Grace left many people behind in her mad dash to the city, including her first love, Tucker. After a shaky reunion, Tucker and Grace quickly return to their strong friendship and growing romantic feelings. But when a new design opportunity presents itself, Grace will have to choose between the draw of the big city lights of New York or the simple but true love she could only find in Tucker’s arms.
Christian fiction: Contemporary.

Lynette Easton’s first book in the Blue Justice series was outstanding and this second book, Called To Protect follows suit. It has everything you could want in a gripping suspense novel, as well as touches of romance. I particularly enjoyed the emphasis on family the Blue Justice books showcase. Each book follows a member of the St. John family, a large, loud and loving group of crime fighters – from FBI agents to detectives and police officers.
Christian fiction: Mystery-thriller.