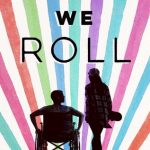 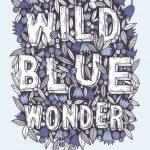 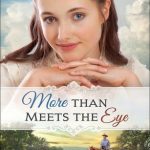 If you happen to have any room left on your to-read list after the epic month of new releases that was May, then June 2018 is sure to have what you need. Here is my list of top releases for June 2018. Click on covers for more information and reviews.

Next-door neighbors and ex-best friends Hannah and Emory haven’t spoken in months. Not since the fight—the one where they said things they couldn’t take back. No matter how much Hannah and Emory desperately want to bridge the thirty-six steps between their bedroom windows, they can’t. Not anymore. Until their paths cross unexpectedly. In the aftermath of the accident, all three struggle to understand what happened in their own ways. But when a devastating secret about Hannah and Emory’s argument ultimately comes to light, they must all reexamine the things they hold true.

Quinn is a teen who loves her family, skateboarding, basketball, and her friends, but after she’s diagnosed with a condition called alopecia which causes her to lose all of her hair, her friends abandon her. Jake was once a star football player, but a freak accident—caused by his brother—he loses both of his legs. Quinn and Jake meet and find the confidence to believe in themselves again, and maybe even love.

FAT.  High school senior Cookie Vonn’s post-graduation dreams include getting out of Phoenix, attending Parsons and becoming the next great fashion designer. But in the world of fashion, being fat is a cardinal sin. It doesn’t help that she’s constantly compared to her supermodel mother—and named after a dessert.
SKINNY. Cookie expected sunshine and rainbows, but nothing about her new life is turning out like she planned. When the fashion designer of the moment offers her what she’s always wanted—an opportunity to live and study in New York—she finds herself in a world full of people more interested in putting women down than dressing them up. Her designs make waves, but her real dream of creating great clothes for people of all sizes seems to grow more distant by the day.

Martin and Petra meet for the first time at graduation, and though they’ve shared the halls of their high school for four years without crossing paths, there’s an instant connection the moment they’re seated next to each other at the commencement ceremony.

Then a car accident puts Martin into a coma, and Petra is somehow left picking up the pieces, using friends, family, and shared dreams to keep their surprise connection going.

Rose Asher believes in ghosts. She should, since she has one for a best friend: Logan, her annoying, Netflix-addicted brother, who is forever stuck at fifteen. But Rose is growing up, and when an old friend moves back to Laguna Canyon and appears in her drama class, things get complicated.

Charlie Grant loves her big, loud, crazy family. So Charlie can’t wait for this weekend, her sister’s wedding and a chance for all her siblings to return home, for them to be a united family unit again. But when the wedding planner bails, Charlie’s absentee brother actually turns up, and Good Morning America plans to do a home interview upon the conclusion of her mother’s famous cartoon, Charlie knows that she will have to fight to ensure everything is perfect.

Two proud kingdoms stand on opposite shores, with only a bloody history between them.

As best friend and lady-in-waiting to the princess, Branwen is guided by two principles: devotion to her homeland and hatred for the raiders who killed her parents. When she unknowingly saves the life of her enemy, he awakens her ancient healing magic and opens her heart. Branwen begins to dream of peace, but the princess she serves is not so easily convinced. Fighting for what’s right, even as her powers grow beyond her control, will set Branwen against both her best friend and the only man she’s ever loved.

Beck hates his life. He hates his violent mother. He hates his home. Most of all, he hates the piano that his mother forces him to play hour after hour, day after day. He will never play as she did before illness ended her career and left her bitter and broken. But Beck is too scared to stand up to his mother, and tell her his true passion, which is composing his own music – because the least suggestion of rebellion on his part ends in violence.

When Beck meets August, a girl full of life, energy and laughter, love begins to awaken within him and he glimpses a way to escape his painful existence. But dare he reach for it?

When the local exotic zoo owner shoots himself and lets loose his animals, Ronney isn’t fazed. What’s a camel on the loose compared to a father who might be continually physically present but never mentally, a mother who doesn’t know how to cope anymore, a sister on the verge of a meltdown, and a list of things he must do to keep the whole family from falling apart?

Indira Ferguson has done her best to live by her Grammy’s rules—to study hard in school, be respectful, and to never let a boy take advantage of her. But it hasn’t always been easy, especially while living in her mother’s shadow.

When Indy is sent to live with distant relatives in Nassau, trouble follows her. Now she must hide an unwanted pregnancy from her aunt, who would rather throw Indy out onto the street than see the truth.

Completely broke with only a hand-me-down pregnancy book as a resource, Indy desperately looks for a safe space to call home. After stumbling upon a yoga retreat, she wonders if perhaps she’s found the place. But Indy is about to discover that home is much bigger than just four walls and a roof—it’s about the people she chooses to share it with.

Quinn Sawyer has always known her family’s campground, The Hundreds, was special. But recent events have shown her that even things that seem magical can be dangerous – deadly. Before, the camp was filled with laughter and sunshine. Now her siblings no longer speak to her. Before, water was Quinn’s haven. Now it holds the darkest secrets and the deepest hurts.

Dessa Rhodes is a modern day nomad. Her family travels in an RV, their lives defined by state lines, exit signs, and the small communal caravan they call home. Among them is Cyrus, her best friend and long-time crush, whom she knows she can never be with. When your families are perpetually linked, it’s too dangerous to take a risk on romance.

Instead, Dessa looks to the future. She wants to be a real artist and going to art school is her ticket to success and a new life. There’s just one problem: she hasn’t been accepted…anywhere. Suddenly her future is wide open, and it looks like she’s going to be stuck traveling forever.

Then an unexpected opportunity presents itself: an internship working with a local artist in Santa Fe.

Drawing on interviews, official records, private archives, and his own family history, Jason M. Colby tells the exhilarating and often heartbreaking story of how people came to love the ocean’s greatest predator.

Grady is a professional skier, Olympian, and, according to the world, a wash-up bound for forced retirement. A self-imposed road trip leads Grady to Harbor Pointe, where a judgmental comment leads to a fist-fight, which leads to Grady being sentenced to weeks of community service and being stuck in the infuriatingly small town. As soon as she sets eyes on Grady Benson, Quinn Collins knows he is bad news. They come from different worlds – while he was off living the high life and has no qualms putting holes in the walls of diners, she has lived her whole life in Harbor Pointe, working towards her dream of owning her own flower shop, creating the best design for the upcoming Winter Carnival, and entering her designs into the Floral Expo. She is on the verge of realising that dream and the last thing she needs is to babysit the egotistical skier for the duration of his community service. But there is more to Grady than is reported in the tabloids, and Quinn is holding onto her own hurts. Can the two learn to work together?

Detective Rachel Sloan joined the police force hoping to one day solve her mother’s cold murder case. When an Elvis impersonator demands to speak with Rachel about another cold case he is sure is tied to her mother’s death, Rachel isn’t sure if he is crazy or has discovered fragments of truth long buried. But when Rachel receives threats to leave the case alone, she and her supervisor, Lieutenant Boone Callahan will have to work hard to piece together the clues of this puzzling case.

Evangeline Hamilton knows the cost of heartbreak. Yet she chooses to remain optimistic, celebrating the family God gave her and the simply joys in life. When a stranger purchases the land adjoining her brothers’ land, she intends to discover his true intentions, and if she shows him a little happiness and kindness along the way, all the better. Logan never intended to entwine Evie in his quest for revenge on her brother, but the Hamilton family is not what he expected. Evie and Logan must face the truth of the past and the dangers and mystery of the present if they are to have a future together.