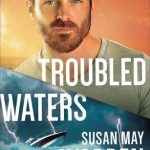 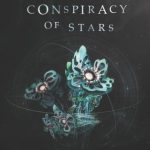 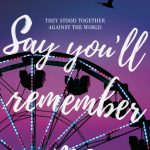 January 2018 promises plenty of choices for those who have made a New Year’s resolution to read more. Click on covers for more information and reviews.

Marisa wasn’t planning to be a snoop for hire—until she accidentally caught her best friend’s boyfriend making out with another girl. Now her reputation for sniffing out cheaters has spread all over school, and Marisa finds herself the reluctant queen of busting two-timing boys.

Kendall, just home from a year studying abroad, doesn’t want to resume her regular life, including returning to her old high school. So she flees to New York to stay with her brother and reconnect with an old friend-and unrequited crush-hoping that the past months talking online mean there is a chance for a romantic future. She doesn’t expect to run into Max, Jamie’s friend, and the guy who saw her breakdown over Jamie’s rejection last year. She certainly doesn’t expect to bond with him after witnessing a traumatic event. But as they traverse the streets of New York, working together on a dare to spread kindness and hopefully make up for their previous lack of action, there is no denying their growing connection.

Octavia’s dream is to become a whitecoat like her mother and father, eminent scientists who study the diverse animals and plants of Faloiv. When she and her fellow classmates are offered internships well before expected, they are all excited. But things are changing within their settlement of N’Terra. There are murmurs of discontent, anger towards the indigenous people of Faloiv, the Faloii, and the head of the Council seems to be driving it all. As Octavia and her friends uncover more of the secrets of her home, she begins to experience her own strange changes – it seems she is far more tied to the planet of Faloiv and all its inhabitants than she ever could have dreamed possible.

When the new girl moves in next door, she and Spencer become strong friends. Who else but Hope could understand Spencer’s love of bugs and climbing trees. Who else could understand the ways in which he is different and yet not treat him as if he is any different at all. But sometimes life is messy and not as easy to categorise as Spencer would like. Friends, more than friends, not friends at all?

Li has a father and a sister who love her. A best friend, Mirabae, to share things with. She goes to school and hangs out at the beach and carefully follows the rules. She has to. Everyone she knows–her family, her teachers, her friends–is an alien. And she is the only human left on Earth.

When Drix was convicted of a crime–one he didn’t commit–he thought his life was over. But opportunity came with the new Second Chance Program, the governor’s newest pet project to get delinquents off the streets, rehabilitated and back into society. Elle knows she lives a life of privilege. But the expectations and pressure to be someone she isn’t may be too much to handle. She wants to follow her own path, whatever that means. When Drix and Elle meet, their connection is immediate, but so are their problems. Drix is not the type of boy Elle’s parents have in mind for her, and Elle is not the kind of girl who can understand Drix’s messy life.

Shalia is a proud daughter of the desert, but after years of devastating war with the adjoining kingdom, her people are desperate for peace. Willing to trade her freedom to ensure the safety of her family, Shalia becomes Queen of the Bonelands.

But she soon learns that her husband, Calix, is motivated only by his desire to exterminate the Elementae—mystical people who can control earth, wind, air, and fire. Even more unsettling are Shalia’s feelings for her husband’s brother, which unleash a power over the earth she never knew she possessed—a power that could get her killed.

Billionaire Ian Shaw can have everything he wants–except a happy ending. Or at least that’s what it feels like with his fortune recently liquidated, his niece, Esme, still missing, and the woman he loves refusing to speak to him. In fact, he doubts she would date him even if they were stranded on a deserted island.

When police officer Isabelle St. John’s partner is murdered, she must work with Detective Ryan Marshall to solve a case that may force her to choose between family and justice.