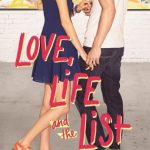 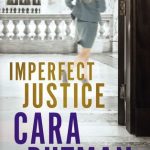 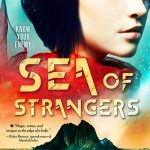 As 2017 draws to a close, there are still plenty of excellent new books to add to your reading list. Here are the books that are on my December 2017 release list. Click on covers for more information and reviews.

Jonny knows better than anyone that life is full of cruel ironies. He’s spent every day in a hospital hooked up to machines to keep his heart ticking. Then when a donor match is found for Jonny’s heart, that turns out to be the cruellest irony of all. Because for Jonny’s life to finally start, someone else’s had to end.

Rain has taken care of Ethan all of her life. Before she even knew what autism meant, she’s been her twin brother’s connection to the hostile world around him.

Each day with Ethan is unvarying and predictable, and she’s sure that nothing will ever change—until one night when her world is turned upside down by a mistake she can’t take back.

The only way for Khya to get her brother back alive is to kill Varan—the immortal ruler who can’t be killed. But not even Varan knew what he was doing when he perverted magic and humanity to become immortal.

Khya’s leading her group of friends and rebels into the mountains that hold Varan’s secrets, but if risking all their lives is going to be worth it, she has to give up everything else—breaking the spell that holds her brother captive and jeopardizing her deepening relationship with Tessen.

Haley Stevenson seems like she’s got it all together: cheer captain, “Princess” of Juniper Falls, and voted Most Likely to Get Things Done. But below the surface, she’s struggling with a less-than-stellar GPA and still reeling from the loss of her first love. Repeating her Civics class during summer school is her chance to Get Things Done, not angst over boys. In fact, she’s sworn them off completely until college.

Fletcher Scott is happy to keep a low profile around Juniper Falls. He’s always been the invisible guy, warming the bench on the hockey team and moonlighting at a job that would make his grandma blush. Suddenly, though, he’s finding he wants more: more time on the ice, and more time with his infuriatingly perfect summer-school study partner.

Abby’s goal is to make it into a prestigious art program. The one obstacle in her way is showing her art in an exhibit. When her work is turned away as ‘lacking in heart’, she creates a list of things to help her develop a deeper understand and appreciation of the world that will hopefully translate to her paintings. As she and her best friend Cooper work their way through Abby’s list, Abby is determined to make the experience a chance to finally get over her unrequited feelings for Cooper and hopeful fulfil her art goals at the same time.

Jules knows only hunger and a desperate fear that she will be unable to stop her father using the last of his time to pay off their mounting debts. It wasn’t always like this. Once, she and her father lived at the grand Everless estate – as servants, but never hungry or drained of their time. But they had to flee Everless and now her father insists they must stay hidden from the Gerling family. When the opportunity arises to return to Everless for work, Jules can’t resist, especially as she feels it is the only chance to save her father’s dwindling time. However, what she discovers at the Everless estate will change forever her life and how she views her family and her future.

Attorney Emilie Wesley is finding it hard to believe that the woman she was helping to leave her controlling and abusive husband is the same woman who shot and killed her young daughter before killing herself. But that’s exactly what the press and police are saying about Kaylene Adams. Emilie wants to discover the truth, but knows it will be hard while balancing her work at The Haven, as well as her freelance investigative journalism work. When Kaylene’s brother Reid shares his own suspicions with Emilie, they begin to work together to discover the truth and protect Kaylene’s remaining daughter.

When Samantha returns to Thunder Creek to care for her grandmother, the very last person she expects to see in Ruth’s hospital room is Nick Chastain. Two years ago Sam and Nick spent eight months dating. Eight months in which Sam spent most of that time fearful he would be injured on one of his wild adventures – kayaking, waterskiing, absailing. They ended their relationship with harsh words and silence. Now Nick, recovering from a serious head injury that has left him with memory loss and other side effects, is staring life over. Thunder Creek offers him peace and a fresh start. Seeing Sam again gives him hope he isn’t sure he deserves. Is it worth trying to start a relationship with Sam, can he convince her he is a changed man?