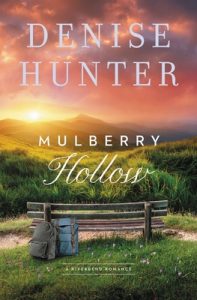 END_OF_DOCUMENT_TOKEN_TO_BE_REPLACED

Book Review: The Secrets We Bury

In an effort to escape his family, Dylan decides to hike the Appalachian trail—but he never expected to run into love.

Dylan Taggart is on the run. His family is trying to put him in a school for psychologically challenged students, and he gets it—he has anger issues. But Believers Charter School is a complete overreaction. So he decides a six-month hike on the Appalachian Trail is the perfect place to hide out until he can legally drop out of school.

Dylan wanted independence, but being alone on the trail is more than he bargained for. Then he meets a mysterious hiker named Sophie, and the two begin to develop a bond he never expected. But will love be enough to escape what they’re both running from?

I was intrigued by The Secrets We Bury, but never did I expect that is was going to be that good! Everything fits seamlessly together: the authentic male protagonist who struggles to fit in and deal with everything that makes him different; the people Dylan meets on the trail, those who are just passing strangers and those who come to have such an impact on him and he on them; the trail magic; the powerful beauty of the setting and the way Dylan slowly comes to notice it; and of course the underlying themes of grief, guilt, forgiveness and starting over.