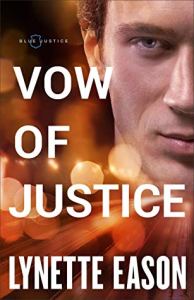 When Allison Radcliffe is killed, FBI Special Agent Linc St. John goes after her killer with a vengeance until he discovers she’s been in hiding. He must put aside their unfinished business before she becomes the next victim.

When an undercover case involving the Russian Mafia goes wrong, Linc St John is devastated to learn his partner, Allie has been killed. Determined to hunt down her killer, he is shocked to find her alive and well. But Allie has been keeping secrets from her partner and they might be enough to get them both killed.

With undercover work, threats to both their lives, coverups and a plot that has them both working outside the lines of their professional roles, it is their jobs and lives that are at stake. Daria, the daughter of the mafia leader they are investigating, makes for an excellent addition to the story, increasing the risks they take to ensure her safety. While the evil characters are identified from the start, there are numerous secrets revealed and high-tension action scenes that keep the plot moving quickly and the suspense high.

Linc and Allie make a great team – both personally and professionally. They have been dancing around their growing feelings for a while and make a few references to previous ‘dates’, yet while Linc is determined to act upon his feelings, Allie knows that her history makes a relationship impossible. I didn’t realise that a romantic relationship between FBI partners was allowed, but they are both open about their feelings and intentions with their supervisor and it certainly doesn’t effect their ability to work the case. Along with Linc’s family, all of whom will be familiar to readers of the previous three books, the relationships between the characters and the jovial banter they share even in tense moments, makes this a really fun book to read.

I enjoyed every moment of Vow of Justice. I do hope there will be a fifth title, as hanging with this crime-fighting family is so much fun. I highly recommend the entire Blue Justice series to readers who enjoy romantic suspense.

Advisory: References to murder and violence.