Book Review: In Another Life 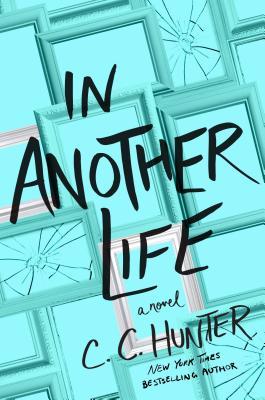 As Chloe and Cash delve deeper into her adoption, the more things don’t add up, and the more strange things start happening. Why is Chloe’s adoption a secret that people would kill for?

What would you do if you discovered there was more to the story behind your childhood? If you were someone else? In Another Life is a light mystery, with plenty of family drama and a touch of romance.

Chloe Holden’s lire has been torn apart. First her parents went through a messy divorce after her father had an affair, then her mother was diagnosed with cancer and now she has been forced to move to a new town, away from her friends. But when she literally runs into a hot guy her first moment in town, perhaps things are looking up. Until Cash reveals that he thinks she is the long lost daughter of his foster parents, kidnapped when she was just three years old. Together, Cash and Chloe work to uncover the truth about her adoption, growing closer, but their investigation could lead them both into serious danger.

I have mixed feelings about this book. On one hand, I was genuinely intrigued and hooked by the story, reading it quickly and wanting to know how it was going to end. I enjoyed the overall story of In Another Life and liked the flow of Cash and Chloe working together to uncover the facts of her adoption. However, there were a lot of little things that distanced me from the story. For starters, Chloe is a hard character to really like. The first time we meet Chloe she is throwing a temper tantrum. As the story unfolds, it’s easy to understand why Chloe is so upset, yet her big emotions sometimes get in the way of any decency or common sense. Chloe’s emotions run the gamut, and I think she cries a hundred times in this story, which as a crier, I can’t fault, but it did get a little annoying. She also picks fights but then instead of standing her ground and calmly saying what’s wrong she’ll just run and cry and get mad. Though, perhaps we can just put this down as teenager angst. She is also very judgmental of people, even when she is criticising them for being judgmental, which made the little messages about acceptance fall flat (I don’t want to be lectured by some girl about judgement and standards when she goes around judging others and even calling people that dreaded s- word). Other little things, like Chloe’s friendship with her neighbour which seemed strange and sometimes out of place, the frequently changing tense and character perspectives, and Chloe’s response to her mother’s depression and cancer made it hard to truly love this story. And yet, I was eager to read to the end.

Cash’s chapters are written in third person, past tense, while Chloe’s are first person present, which does very quickly differentiate each section, yet was a bit disconcerting when switching between the two. The perspective of the bad guy is also thrown in towards the end of the novel.

While this book is categorised as a mystery-thriller and there is a bit of tension towards the end, the mystery unfolds quite simply, with no big twists or surprises, so it’s perfect if you enjoy light mystery. The dynamics between Chloe and her parents and Cash is what holds the book together. There is plenty of drama (Chloe is naturally very dramatic and tends to over plays things).

Overall, In Another Life is an intriguing mix of romance, family and mystery, with a focus on relationship dynamics.