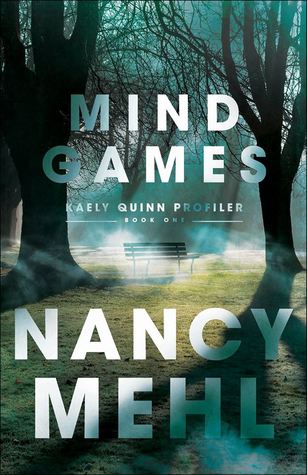 The idea of Kaely’s special analyst skills and ability to profile serial killers is what drew me to Mind Games. And I am pleased to report that Mind Games is a highly entertaining and gripping story. While I guessed the mystery of who the killer was pretty early on in the book it was always Kaely who kept my interest rooted to the story. Her history and profiling method remind me of other stories and TV shows I have loved (The Mentalist, The Naturals, The Evie Blackwell series). The big reveal for me in this story was the insight shared in the very last chapter about Kaely. It is sure to make the next book very intriguing.

There are only slight touches of romance in this book, with the majority of the plot focused on the crimes and the investigation. There is room for this to be explored in subsequent books, or it could remain a vague possibility as it was in Mind Games. Either way, the story doesn’t need romance to make it interesting.

I look forward to the continuation of Kaely’s story, learning more about her past and what the future holds for her as she faces evil and delivers justice to those who need it. I recommend Mind Games to readers who enjoy suspense with a solid investigative focus and touches of faith.

Advisory: References to and descriptions of violent murder.