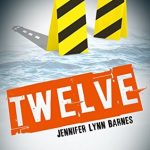 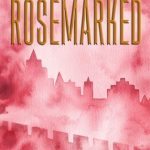 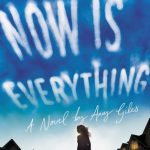 What books are on your list for November 2017? Here are the books that have caught my eye. Click on covers for more information and reviews.

Now. Hadley faces the aftermath of a deadly plane crash. There are people investigating, but Hadley isn’t talking, not about the crash, not about life before the crash. Then. Hadley wakes every morning, faces every day with the single purpose of protecting her younger sister. Hadley must get perfect grades, captain a successful lacrosse team, be a good friend, and hide the truth of her home life – from everyone. She never expected to get a chance with her long-time crush, Charlie Simmons. She never expected to fall for him the way she does. She never expected the way he would understand her and become such an important part of her life. But the situation at home is escalating, and Hadley knows she is running out of time and options.

The Renegades are a syndicate of prodigies—humans with extraordinary abilities—who emerged from the ruins of a crumbled society and established peace and order where chaos reigned. As champions of justice, they remain a symbol of hope and courage to everyone…except the villains they once overthrew.

Nova has a reason to hate the Renegades, and she is on a mission for vengeance. As she gets closer to her target, she meets Adrian, a Renegade boy who believes in justice—and in Nova. But Nova’s allegiance is to a villain who has the power to end them both.

Catarina Agatta is a hacker. She can cripple mainframes and crash through firewalls, but that’s not what makes her special. In Cat’s world, people are implanted with technology to recode their DNA, allowing them to change their bodies in any way they want. And Cat happens to be a gene-hacking genius.

Thrust together on a high-stakes mission to spy on the capital, the two couldn’t be more different: Zivah, deeply committed to her vow of healing, and Dineas, yearning for vengeance. But as they grow closer, they must find common ground to protect those they love. And amidst the constant fear of discovery, the two grapple with a mutual attraction that could break both of their carefully guarded hearts.

Cassie Hobbes has been working with the FBI since she was a teenager. Now twenty-three years old, she and her fellow Naturals have taken over running the program that taught them everything they know. As a unit, they’re responsible for identifying new Naturals–and solving particularly impossible cases. When their latest case brings back a ghost from their past, Cassie and the other Naturals find themselves racing against the clock–and reliving their own childhood traumas.

When Dana decides to surprise her father with a birthday present to beat all birthday presents, she could never have expected the bombshell she would unleash. The DNA testing kit was supposed to unveil some long-lost family members – parents or cousins perhaps – for her father who grew up in foster care never knowing anything about his heritage or family. Instead, Dana discovers that her father has a son. A son who is not that much older than she is…and not that much younger than her sister.

When Lexi’s brother Charlie suggests a road trip to locate missing pop star, Adrian Wildes, Lexi is shocked. Charlie hasn’t moved from the couch since he broke up with his girlfriend and dropped out of college. So despite Lexi’s skepticism, despite the hurt she has been feeling, she agrees. Along for the ride (and actually providing the means of transport for this road trip) is their neighbour, Zack. As Lexi, Charlie, and Zack hunt for the elusive pop star, they begin to work through the emotions, hurt, and actions of the past year.

Penelope Spaulding just can’t catch a break. Between long hours at the family pizza shop, piles of homework, and her dad’s new obsession—getting the restaurant on a new foodie reality show—it’s hard to find a spare moment to breathe. But when she laces up her skates and steps on the ice, the world is hers to control and everything else slips away.

When the bad boy who lives down the street dares her to join the Rink Rats, the local misfit hockey team, she surprises herself and joins in silent defiance of her controlling parents.

Maybe something terrible happened to her that she can’t even remember. And maybe it drives her crazy when her friends treat her like she’s on the verge of breaking because of it. But none of that matters because she’s just fine.

For Ryan Blake, Stella was always that girl. Vibrant and hilarious and beautiful. He wanted her as his best friend. His more than friends. When Stella devises an unconventional art project for one of her classes all about exploring intimacy—between both friends and strangers—Ryan finds himself stepping in as guinea pig after one of her subjects bails.

Emerson’s whole life shattered when she was a teenager. In one day she lost her sense of trust and safety, the support of her community, and her best friend, Jake. Now, seven years later, she is still living in her small island hometown, running her parent’s adventure store and trying to outpace her memories. Until Jake, now a hulking ice hockey star, walks back into her life. He wants to be friends, wants to erase the past, but Em knows having Jake in her life again just might shatter her world all over again.

Returning to her hometown and confronting her past was never on Zoe Collins’ to-do list. But the death of her beloved grandmother has finally brought Zoe home, bringing along her young daughter and boyfriend Kyle. When Zoe discovers that her grandmother has left her a peach farm, Zoe is torn between returning to her life on the road as a singer and staying to take over the farm.

Lily Handland is ready to move on from her life as a Pinkerton agent. Determined to stay in the small town of Heartston, she begins looking for a project. The run-down Murphy Great Camp is the perfect fit for Lily. But the owner, Owen Murphy, still grieving his wife and their lost dream, fights Lily on every new idea and expense. But just as Lily finds hope of finally having somewhere to belong, someone to love, the shadow of her past threatens everything for which she has worked so hard.