Book Review: If I Run 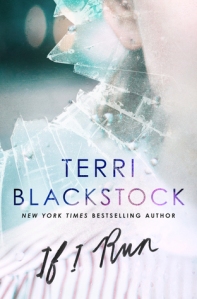 Casey Cox has blood on the bottom of her shoes, in her car, on her clothes. But there’s no point in trying to defend herself. She just has to run.

Casey didn’t kill her friend Brent. She discovered his body, but she’d never try to hurt him. He’s the only person she’s ever trusted enough to tell the truth about what happened to her father . . . and there’s no doubt in her mind that Brent was killed trying to help her prove it. She has to run before they get to her too.

Dylan Roberts was hired to find Casey and bring her back so that justice can be served. As a former Criminal Investigator for the Army, he can’t imagine that tracking down one girl will be that difficult. But the more elusive Casey turns out to be, the more Dylan digs into her past to try to determine what she might be thinking. What he finds there doesn’t fit the profile of a killer at all. She’s unlike any other fugitive he’s ever seen.

The police refuse to discuss any other possibilities. There’s something more going on here. Something more to this fugitive who has captured his attention. Now he just has to figure out what it is . . . and Casey just has to stay one step ahead of everyone who’s after her.

If I Run is the first book in a new crime series that will be a series-long investigation involving an innocent being accused of a crime she didn’t commit. This book sets up what promises to be a series of suspense and crime solving drama, and maybe, just maybe a touch of romance.

When Casey finds her best friend brutally murdered she runs instead of staying to prove her innocence. We know that she believes justice was never served when her father died, but otherwise it is initially left unclear as to why her first instinct was to run. As the story unfolds it becomes clear that she strongly suspects why her friend was killed and that she will be next on the hit list.

Dylan has been discharged from the army where he was an investigator. When he hears of his childhood friend’s death he offers Brent’s parents his assistance. Working as a privately contracted investigator for them, he sets out to track Casey down. It’s clear that he’s pretty good at investigating and it’s also clear that the police are pretty incompetent. Despite his good start though, I have to admit that Dylan was a bit slow as the story progressed, overlooking clear clues and evidence. Doesn’t he know that there is no such thing as a coincidence? Luckily, he clues in again towards the end.

Despite being on the run, Casey manages to settle into a new life, making friends and starting a new job. She even manages to investigate a separate crime. As a result we get two investigation in one, as Casey finds some clues relating to a young girl’s abduction. Casey is nice. She stands up for kids, talks to people, cleans up others’ messes and generally wants to help people. I haven’t read a character so altruistic in, well, ever. It drove me a little crazy thinking, what? don’t talk to that person, you’re meant to be on the run!!!

Casey is not a believer, but as she runs she finds herself in the company of Christians who start her thinking about God and faith. Dylan is a Christian. Both have strong morals and principles, but struggle with the violence, brutality and evil they witness. Both Dylan and Casey have moments when they wrestle with thoughts of suicide, Dylan in the aftermath of his PTSD and Casey when she faces the prospects of being charged for a serious crime she didn’t commit.

Around halfway through the book the bad guys’ identities are revealed. And it’s no surprise because they are so obvious! It’s frustrating knowing the truth and watching characters fall into the traps of the bad guys, but this certainly keeps the tension high. The book has a really interesting ending. Nothing is resolved in Casey’s case, which will obviously continue in the next book in the series, but the other investigation does find a resolution.

There is plenty of suspense in this novel, but mainly towards the very end. It was a very fast and easy book to read, despite the few times when things seemed to drag a little, stalling to make the sequence of events fit the book’s timeline.

I’m excited to see where this series will go, rooting for Casey and hoping Dylan will be able to help Casey prove her innocence and maybe even catch the bad guys.