Book Review: ‘Til I Want No More 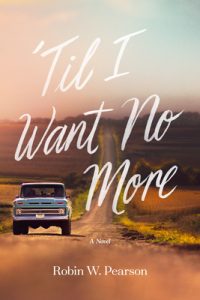 If Maxine could put her finger on the moment when her life went into a tailspin, she would point back twenty years to the day her daddy died. She tells herself he’s the only person who ever really knew and loved her, and if he hadn’t left her behind, her future would’ve taken a different path. No absentee mother, no stepfather, no rebellious ripping and running during her teenage years. And no JD, who gave her wandering young heart a home, at least for a time.

But that’s over and done with. All grown-up now, Maxine’s heart and ring finger belong to Theodore Charles, the man she’ll pledge to love, honor, and obey in front of God and everybody. At least that’s what she’s telling anybody who will listen. The only folks buying it are the dog and the readers of her column, however. Her best friend and family aren’t having it–not even Celeste, the double bass-playing thirteen-year-old the community of Mount Laurel, North Carolina, believes is Maxine’s adopted sister. And apparently, neither is the newly returned JD, who seems intent on toppling Maxine’s reconstructed life. As her wedding day marches ever closer, Maxine confronts what it means to be really known and loved by examining what’s buried in her own heart and exposing truth that has never seen the light of day.

’Til I Want No More is a story to settle in with and enjoy. This is perfect for readers who like a slow read, a story that develops with care and love over time. As we learn more about these characters, especially our main character, Maxine, we learn that the secrets she is keeping run far deeper than first expected. As these secrets are slowly and agonisingly revealed, I was glued to the pages to learn how she would handle the unveiling of the things she had worked so hard to keep hidden.