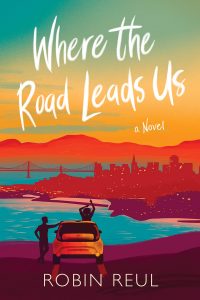 END_OF_DOCUMENT_TOKEN_TO_BE_REPLACED

Book Review: The Secret Recipe for Moving On 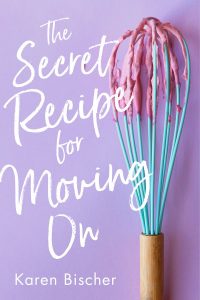 Home economics is supposed to be an easy A for Ellie Agresti, but, much like an imperfect souffle, her plans collapse epically when she’s dumped by her boyfriend, Hunter. Now Ellie has to mend her broken heart while watching Hunter fawn all over his new girlfriend, Brynn, in class. To make matters worse, Ellie is partnered with four of the biggest misfit guys in school: Jeremy, the loudmouth with temper issues; Isaiah, the solemn, silent horse racing obsessive; Andrew, who can’t take rejection; and Luke, the giant, tattooed stunt biker.

Over the course of a semester, Ellie works to overcome her feelings for Hunter, as well as deeper insecurities that have plagued her since middle school. As the weeks go by, she’s surprised to find friendships in unexpected places… and sparks flying with the last guy she’d expect.

From that beautiful, pastel cover to the romance and teen drama, this is a sugar-sweet YA novel about, well, life as a teenager.

This book was just a whole heap of fun. Yes, there is drama. Lots of drama. From high school gossip blogs to breakups in the worst of circumstances. Crying, losing tempers, showdowns and attacking classmates in the middle of class. There are also so many moments that just made me grin or happy dance. I adored the time Ellie spends with her Home Ec teammates. As they learn to work together and slowly learn more about each other, as they go on team excursions, they become a great group and it was this dynamic that I really loved about this book. You could have doubled these interactions in the book and I would have loved every minute spent with them.

Ellie is our narrator and she is a teenager who is struggling to find her place in the high school world. She was bullied in middle school and starting at a new high school was daunting. Finding a boyfriend so quickly and falling in with his friends seemed the perfect way to both fly under the radar but also not be invisible. Just when Ellie is ready to take the next, big step with Hunter, she finds him distant. It’s pretty obvious to the reader what is going to happen, but when he dumps her, Ellie is devastated. From my reader perspective, it was good riddance, but to Ellie, her heart and trust has been broken. Enter her new Home Ec class. She has to share it with her ex and his new girlfriend, and she is forced to join a team of – in here eyes – losers. But, those losers turn out to be great guys, and together they vow to beat the other teams. Ellie also finds herself romantically drawn to one of her teammates, Luke. But he is in a relationship and the last thing she wants to do is be on the other side of a messy breakup.

END_OF_DOCUMENT_TOKEN_TO_BE_REPLACED

The only thing worse than having your boyfriend dump you is having him dump you for your best friend. For Everly Morgan the betrayal came out of nowhere. One moment she had what seemed like the perfect high school relationship, and the next, she wanted to avoid the two most important people in her life. Every time she sees them kiss in the hallways her heart breaks a little more.

The last thing on Everly’s mind is getting into another relationship, but when she meets Gabe in her therapist’s waiting room she can’t deny their immediate connection. Somehow he seems to understand Everly in a way that no one else in her life does, and maybe it’s because Gabe also has experience grappling with issues outside of his control. Just because they share so many of the same interests and there is an undeniable spark between them doesn’t mean Everly wants anything more than friendship. After all, when you only barely survived your last breakup, is it really worth risking your heart again?

Our Broken Pieces is a passionate YA romance, light, fun to read, and with a touch of sentimentality.

This book begins with the flip side to the usual YA happily-ever-after, found-my-soul-mate story. Everly lost her boyfriend and her best friend at the same time when they began a relationship behind her back. Now, she is battling anxiety and dodging them in the school hallways rather than fulfilling her dreams of senior year. But when she meets Gabe in her therapist’s office, they begin a new friendship that, amidst the trauma in their lives, soon becomes much more.