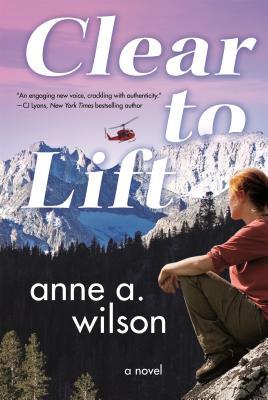 I am very excited to share with you my interview with author Anne A. Wilson. If you are a regular visitor to my blog, then you might have picked up on my absolute adoration for Anne’s books. They are fantastic!!! So, it was wonderful when Anne graciously agreed to answer my questions about her own experience in the navy and her writing process.

Anne is the author of Hover, which was released in 2015 and Clear To Lift, which is due for release in July 2016. Both books are thrilling stories of action and romance, about strong, courageous women and their careers in the navy.

In Clear To Lift, Navy helicopter pilot Lieutenant Alison Malone has been assigned to the search and rescue team stationed in Sierra Nevada. Alison is strong, determined, a rule follower and feeling constrained after being deployed to an area she considers the end of her commander dreams. Her team plan to educate her in working outside the rules, while the ruggedly handsome Will Cavanaugh challenges her to evaluate her life and take risks. Romance, action, suspense and family secrets make this a wildly addictive story.

You can find my full review of Clear To Lift here, and if you haven’t already read Hover, check out my review of it here. 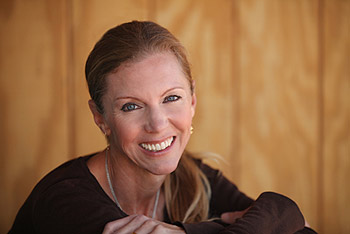 Hi Anne. Welcome to my Library.

Thanks so much for answering my questions (and writing really fabulous books).

Firstly, describe Clear To Lift in five words or less.

Both your books Hover and Clear To Lift come loosely from your own experiences in the navy. How much is fiction and what can you tell us about your own adventures in the Sierra Nevada?

In Clear to Lift, the plot and characters are fictional, but the aircraft maneuvers are pretty accurate. The last rescue scene was based on a rescue that I did during the “100-Year Flood” that affected Yosemite Valley, the city of Reno, Nevada, and surrounding areas. Hover had more scenes than Clear to Lift did that were “real.” I used the journals I kept while deployed at sea to write Hover, and pulled directly from those pages for several scenes. The Shellback ceremony in Hover is almost word-for-word from my journal.

Being stationed near the Sierra Nevada was a dream. Not only did we fly over the range routinely to do our rescue work, but my husband and I played there in our off time, too. We did backcountry skiing, where you hike a mountain and then ski down. Still do, in fact. I enjoy telemark skiing, which is a nice ski set-up to have in the backcountry since your heel is free in the binding, which allows you to hike up more easily. We also did a lot of rock climbing and my husband even trained as an assistant mountain guide. So we enjoyed plenty of adventures both on the ground and in the air while stationed there.

So that’s why the scenes in Clear To Lift, when Will is free climbing up huge cliff faces sound so realistic!!! 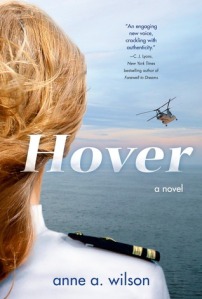 What inspired you to join the navy?

I was in my high school counselor’s office and saw a catalog for the United States Naval Academy on the coffee table in the waiting room. I picked it up and was intrigued by the prospect of the travel and adventure that might accompany going to a university like this. When you go to the Naval Academy, the tuition is free and you receive a four-year degree just like any university. You pay back the cost of your schooling by giving years of active duty service to the navy, so I served for nine years flying helicopters after I graduated. The travel was as advertised, by the way. I was able to see and experience so much of the world that I otherwise would not have.

I preferred search and rescue. The high altitude flying and the rescue work we did—and the setting in which we did it—was just spectacular. And then, of course, the mission itself was extremely rewarding. We were helping people in need, which I loved. Plus, I was stationed inland, so when we weren’t flying, we were living a pretty normal life. Flying on deployment could be exciting, also, but in a different way. It just depended on the operation or the mission. Flying with the SEAL teams was always fun and doing vertical replenishment—transferring crates and pallets under the helicopter via a long pole and sling—was a great test of flying precision. But I would say there was a lot more monotony when flying on deployment. Most of the time, you were just flying ship to ship and looking at endless miles of ocean. There’s just no comparison between that and flying over snow-covered peaks at 12,000 feet. 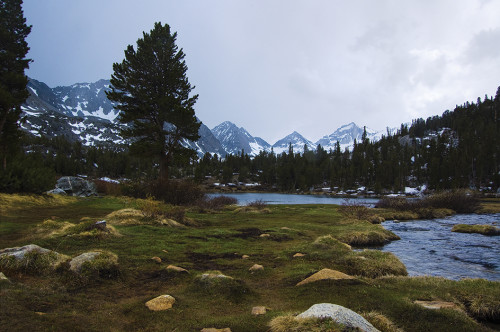 Gosh, which did I prefer writing? That’s a tough one! They were both equally fun to write, I would say. I like writing action scenes and dialog, and both books had these in spades, so I was happy to be at my computer any time I was writing either book.

Where do you like to write? Do you have any writing habits or things that have to be just so before you start writing?