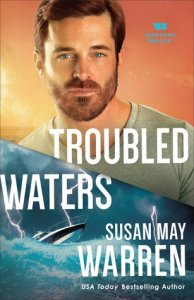 Billionaire Ian Shaw can have everything he wants–except a happy ending. Or at least that’s what it feels like with his fortune recently liquidated, his niece, Esme, still missing, and the woman he loves refusing to speak to him. In fact, he doubts she would date him even if they were stranded on a deserted island.

Despite her love for Ian, Sierra Rose knows he has no room in his life for her as long as the mystery of his missing niece goes unsolved. The only problem is, Sierra has solved it, but a promise to Esme to keep her whereabouts secret has made it impossible to be around Ian.

When the PEAK chopper is damaged and Sierra lacks the funds to repair it, Ian offers a fundraising junket for large donors on his yacht in the Caribbean. But the three-day excursion turns into a nightmare when a rogue wave cripples the yacht and sends the passengers overboard. Shaken up and soaked to the bone, Ian finally has a chance to test his theory when he and Sierra do indeed find themselves washed up on a strange, empty shore.

It will take guts and gumption for the PEAK team to rescue the duo. But it will take a miracle to rescue Ian and Sierra’s relationship.

Troubled Waters is the brilliant and adventure-filled fourth book in the Montana Rescue series. Just like its three predecessors and the other novellas in this wonderful series, Troubled Waters combines some seriously epic misadventures, brave men and women who run headlong into disasters to rescue others, and long-awaited romance.

When billionaire Ian Shaw started PEAK Rescue he had no idea just how much it would change his life. But now his fortune has been liquidated, his niece is still missing, and Sierra Rose has walked out of his life (albeit after he fired her). When the PEAK helicopter crashes and needs serious funding for repair, Ian and Sierra join together once more to host a fundraiser on Ian’s yacht. Three days together might just be enough to save their friendship, if they can survive the sea that suddenly turns treacherous.

Finally, finally, we fortunate readers have Ian and Sierra’s story. This is the romance for which we (or at least I) have been waiting, ever since the very first prequel novella in the series gave us a glimpse into the possibility of Ian and Sierra. Since then, together and apart, they have faced heartbreak, misfortune, and collapsed houses, watched friends and family fall in love, and continued their search for answers.

END_OF_DOCUMENT_TOKEN_TO_BE_REPLACED 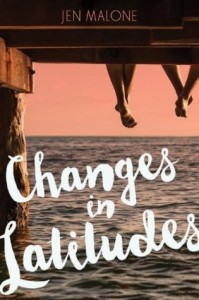 After concluding that her is to blame for her parents’ recent divorce, Cassandra McClure is hoping to stay as far away from her as possible. With a summer of freedom right around the corner, it shouldn’t be too hard. But when a forty-foot sailboat appears in her driveway and her mom announces that Cassie and her brother Drew will be accompanying her on a four-month sailing trip down to Mexico, Cassie’s plans for the summer go, quite literally, overboard.

Once the three set sail, tensions quickly rise. So meeting Jonah—a gorgeous, whip-smart deckhand—is an unexpected bright spot on an otherwise dim horizon. Though she tries to keep him at a distance—considering the upheaval of her home life—their chemistry is impossible to ignore, and Cassie soon finds herself questioning everything: Should she go for it with Jonah? Can she forgive her mom? Will home ever feel the same? With life’s unpredictable tides working against her, Cassie must decide whether to swim against them, or dive right in.

Changes is Latitudes is a road trip novel set at sea. A story about big changes, facing the difficulties life throws up, family – whether it is broken or healing – and maybe even a chance at love.

Cassie’s life has been one curve ball after another recently. Like her parents’ divorce and her father moving to Hong Kong. But the sailboat that appears in her driveway might beat it all, especially when her mother explains that she, Cassie, and Cassie’s brother Drew will be skipping their summer plans and sailing the yacht down the coast to Mexico. Life on board is just as awful as Cassie expects – seasickness, tight quarters, separation from her friends and their summer plans, and no distance from her mother who Cassie blames for all the recent changes in her life. But there might also be a few unexpected benefits, like the cute guy who is sailing on another boat in their group. It’s a summer of big changes, but it might also be a summer of new discoveries and healing old hurts.

Who doesn’t love a road trip and this book takes that to the next level by setting the trip at sea along the West Coast of USA. Rugged weather, gorgeous animal encounters, and amazing scenery provide a fantastic backdrop for the story.

END_OF_DOCUMENT_TOKEN_TO_BE_REPLACED 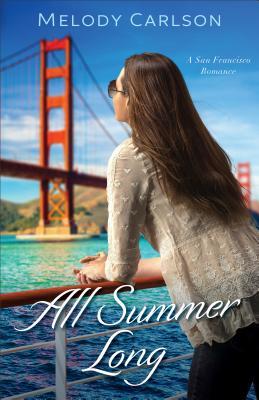 Though it means giving up the chef’s job at her uncle’s small town Italian restaurant in Washington, Tia D’Amico is thrilled to move to San Francisco to help her aunt with a new business venture: transforming an old luxury yacht into an upscale floating restaurant. The icing on the cake is that Leo Parker, Tia’s crush from a long-ago sailing camp, has been hired as the yacht’s captain. The only problem is that he’s engaged to someone else.
Tia hides her feelings and rolls up her sleeves as she sets out to make her aunt’s dream a reality. But as the tide turns on Leo’s relationship, does Tia dare hope he might set a course for her heart?

This is the first book I have read by Melody Calson, and unfortunately I did not enjoy it as much as I expected. This is also the second book in the Follow Your Heart series, but the books can be read as standalones. I enjoyed the setting of this book, most of which takes place in San Francisco aboard a boat that is being renovated. Unfortunately it was the complicated romance plot that I did not enjoy.

When Tia’s aunt decides to turn an old yacht into a restaurant, Tia jumps at the chance to help out and become the head chef. But the day she arrives in town she discovers that the captain of the ship is the guy she met at sailing camp nine years ago. Just when Tia thinks they might be able to start something that never got to develop all those years ago, she learns that Leo is engaged. As they work together and become friends, it is hard for Tia to keep her emotions uninvolved.