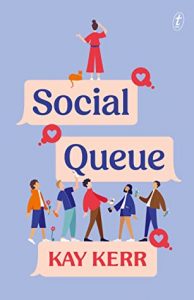 Once again, Kay Kerr delivers a powerful and thoroughly enjoyable contemporary novel about growing up and finding one’s place in the world. Drawing upon her own experiences again, Kerr crafts such a realistic portrayal of social anxiety and trying to navigate everyday interactions, from romance and friendship to family and work life.

Zoe Kelly has survived high school (just) and is starting a new part of her life. No more dealing with bullies, no more autistic masking. An internship at an online media company allows her the freedom to express herself through the written word – something she’s really good at. But when an article about her foray into the dating world goes viral, the responses are a surprise. Apparently, Zoe had a number of admirers in high school and she just never saw the signs. Determined to discover how she missed them and document the process, Zoe meets up with her admirers, starting with her best friend’s brother and working through to a more recent encounter at uni.

Social Queue was honestly just such a delight to read. Some books are just so easy to love. So easy to enjoy. So easy to pick up after a long day at work and just let the world slip away. Social Queue was that for me, but it was also meaningful, insightful, funny, delicious, romantic and hit me right in the “I see you” feels.

END_OF_DOCUMENT_TOKEN_TO_BE_REPLACED 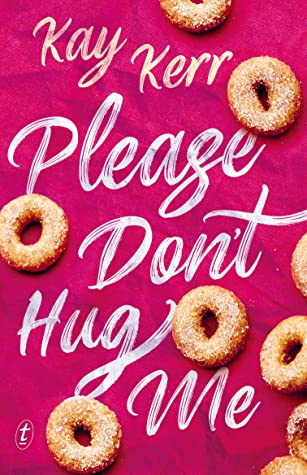 Budding photographer Josie Saint-Martin has spent half her life with her single mother, moving from city to city. When they return to her historical New England hometown years later to run the family bookstore, Josie knows it’s not forever. Her dreams are on the opposite coast, and she has a plan to get there.

What she doesn’t plan for is a run-in with the town bad boy, Lucky Karras. Outsider, rebel…and her former childhood best friend. Lucky makes it clear he wants nothing to do with the newly returned Josie. But everything changes after a disastrous pool party, and a poorly executed act of revenge lands Josie in some big-time trouble—with Lucky unexpectedly taking the blame.

Determined to understand why Lucky was so quick to cover for her, Josie discovers that both of them have changed, and that the good boy she once knew now has a dark sense of humor and a smile that makes her heart race. And maybe, just maybe, he’s not quite the brooding bad boy everyone thinks he is…

This is the book that everyone is talking about right now. Honestly, I was on board with the pink cover and cinnamon doughnuts, but bonus points for #ownvoices, local Aussie author, diverse character voice representation and a realistic story about growing up, fitting in and learning that it is okay to be different.

Please Don’t Hug Me is written entirely in the form of letters from our main character Erin, to her brother Rudy. We readers don’t know where or why Rudy isn’t at home anymore, but Erin is working through a few things and has been tasked by her therapist to write letters. Through these letters, which include enough dialogue and reflection on events to feel like you are in the middle of each situation, we readers learn about Erin’s friendships, her work, getting through the last year of school, looking forward to things like schoolies, but also feeling out of the loop as she is unable to read social cues or properly fit in with her best-friend’s group of school fiends. A new job, a new friend and working through her feelings about her brother and family, might just be the things she needs to make it through the year.

END_OF_DOCUMENT_TOKEN_TO_BE_REPLACED 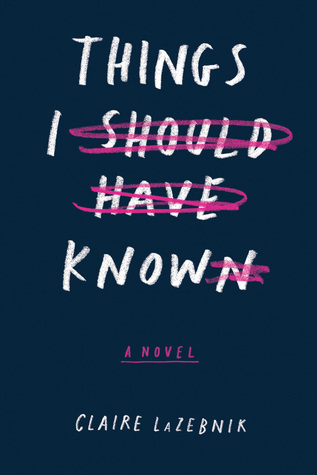