Book Review: The Spirit of Springer 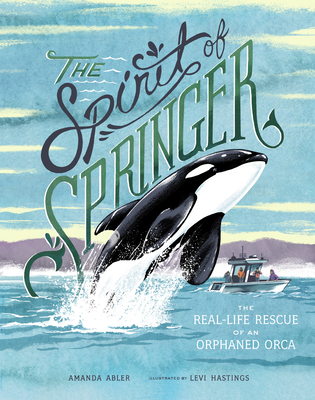 In 2002, a killer whale calf was discovered swimming alone in Puget Sound. This picture book follows the true story of her identification as a member of the A4 pod, a family of Northern Resident orcas living off the coast of British Columbia, and the team of scientists who worked together against all odds to save her from starvation and reunite her with her family.

The challenges of capturing Springer, transporting her north from Puget Sound to Canadian waters, and coordinating her release to facilitate a hopeful acceptance back into her family are brought to life.

The Spirit of Springer is a delightful story that retells the true events of the rescue and successful release of killer whale calf, Springer. The soft illustrations bring the events of the story to life. It’s a detailed and compelling story.

The writing does a fantastic job of placing the reader directly in the story, and setting the scene. The book is told from the perspective of the humans that interacted with Springer, from the ferry worker who spotter her alone to the scientists who worked to reunite her with her family. While this was a project that drew many people together, this book focuses on the work of Dr David Huff, a veterinarian at the Vancouver Aquarium and Dr Lance Barrett-Lennard, a marine mammal scientist. 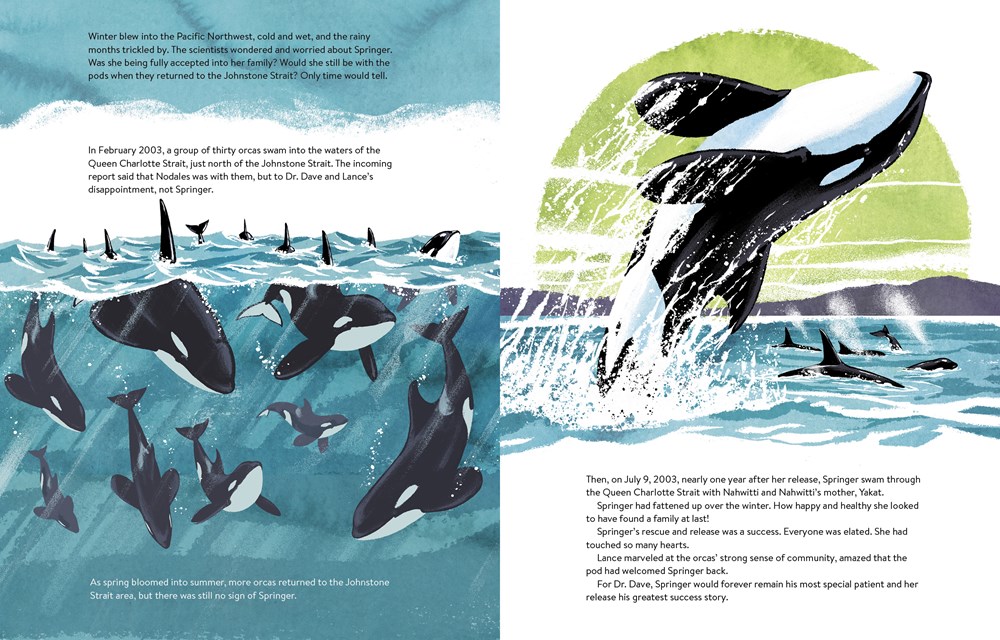 The book explains both the media attention Springer received, the concern of the public and the details of her rescue, rehabilitation and release. Built into the story are explanations of scientific terminology, like dialect.