Book Review: It Came From the Sky 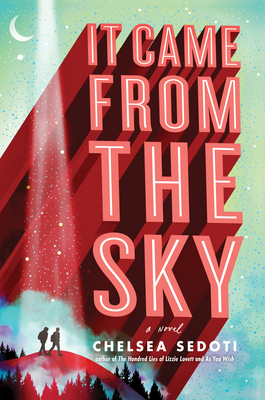 This is the absolutely true account of how Lansburg, Pennsylvania was invaded by aliens and the weeks of chaos that followed. There were sightings of UFOs, close encounters, and even abductions. There were believers, Truth Seekers, and, above all, people who looked to the sky and hoped for more.

Gideon Hofstadt knows what really happened. When one of his science experiments went wrong, he and his older brother blamed the resulting explosion on extraterrestrial activity. And their lie was not only believed by their town―it was embraced. As the brothers go to increasingly greater lengths to keep up the ruse and avoid getting caught, the hoax flourishes. But Gideon’s obsession with their tale threatened his whole world. Can he find a way to banish the aliens before Lansburg, and his life, are changed forever?

Well that was a whole heap of fun. Great plot – tick. Interesting premise – tick. Unique (diverse representation) character voice – tick. Writing style that mixes character narration with document files and interviews with other characters – tick. Laugh out loud funny and with a touch of lgbt romance – tick tick. Seriously It Came From The Sky has it all and is an enjoyable, make-you-smile kind of story.

When a science experiment causes a larger than expected explosion and creates a massive crater on their family farm, Gideon and his brother Ishmael decide to create the most epic prank/sociology research experiment by trying to convince their town that the crater was caused by aliens. Neither of them expect how big the hoax gets, drawing attention nationally and having far reaching consequences.

I loved so much about this book. It’s easy to read – the narrative is all written from Gideon’s perspective broken up by files, text conversations, interview transcripts and other asides. The book is meant to represent Gideon’s research case notes, but it makes for some funny insights.

While the plot is fun and there is never a dull moment as the hoax gets wilder and more complex, my favourite thing about It Came From the Sky is the characters.

END_OF_DOCUMENT_TOKEN_TO_BE_REPLACED 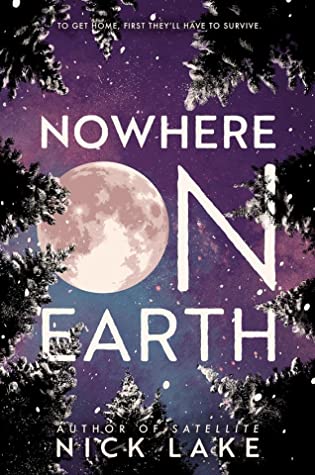 16-year-old Emily is on the run. Between her parents and the trouble she’s recently gotten into at school, she has more than enough reason to get away. But when she finds a little boy named Aidan wandering in the woods, she knows she needs to help him find his way home. But getting home is no easy matter, especially with Emily finds out that Aidan isn’t even from Earth. When their plane crashes into the side of a snowy mountain, it’s up to Emily to ensure Aidan and their pilot, Bob, make it off the mountain alive. Pursued by government forces who want to capture Aidan, the unlikely team of three trek across the freezing landscape, learning more about each other, and about life, than they ever thought possible.

Nowhere on Earth is one part sci-fi, one part adventure story. I really enjoyed this story of survival – both against the elements and against the bad guys. Rugged terrain and the beauty of an icy Alaska backdrop brings a sense of harshness and danger to the story, while the mystery of Emily’s past and who and what exactly Aidan is, draws the reader in.

Emily is on a mission to save her brother. They have snuck aboard a plane heading from nowhere Alaska to Anchorage. Emily has been wanting to escape since her parents dragged her to Alaska and away from her friends and ballet, wanting also to escape the trouble she is in at school. But when the plane crashes, she, Aidan and the pilot must depend on each other to survive. Emily will do anything to protect Aidan, even if it means fighting off the men who come after them. Because Aidan isn’t from Earth and they want to prevent him from being able to go home.

It’s funny, the fact that there are aliens, spaceships and ‘people’ from another planet is almost a side story in this book, one that isn’t overly explored. Details of how or why or what aren’t explored. If you want to know everything about the aliens, where they come from, what they want, how their technology works or where they live, you won’t find it in this book. Emily readily accepts that Aidan is from another planet, though his spaceship is kind of hard to dispute.

END_OF_DOCUMENT_TOKEN_TO_BE_REPLACED

When Leo, an Italian championship swimmer, and Naomi, a science genius from California, are two of the twenty-four teens drafted into the International Space Training Camp, their lives are forever altered. After erratic climate change has made Earth a dangerous place to live, the fate of the population rests on the shoulders of the final six who will be scouting a new planet. Intense training, global scrutiny, and cutthroat opponents are only a few of the hurdles the contestants must endure in this competition.

For Leo, the prospect of traveling to Europa—Jupiter’s moon—to help resettle humankind is just the sense of purpose he’s been yearning for since losing his entire family in the flooding of Rome. Naomi, after learning of a similar space mission that mysteriously failed, suspects the ISTC isn’t being up front with them about what’s at risk.

As the race to the final six advances, the tests get more challenging—even deadly. With pressure mounting, Naomi finds an unexpected friend in Leo, and the two grow closer with each mind-boggling experience they encounter. But it’s only when the finalists become fewer and their destinies grow nearer that the two can fathom the full weight of everything at stake: the world, the stars, and their lives.

The Final Six combines thrilling tension, intense romance, heartbreaking grief, and sci-fi speculation in a world that is facing the disastrous consequences of climate change.

There have been a number of YA books published recently that centre around the concept of teenagers being recruited for elite space training. The Final Six sits well beside titles like Katie Kennedy’s What Goes Up and Heather Kaczynski’s Dare Mighty Things. Yet, despite some similarities in concept, The Final Six brings something unique to this space-cadets plot line, with diverse characters, conspiracy theories, and a unique setting.