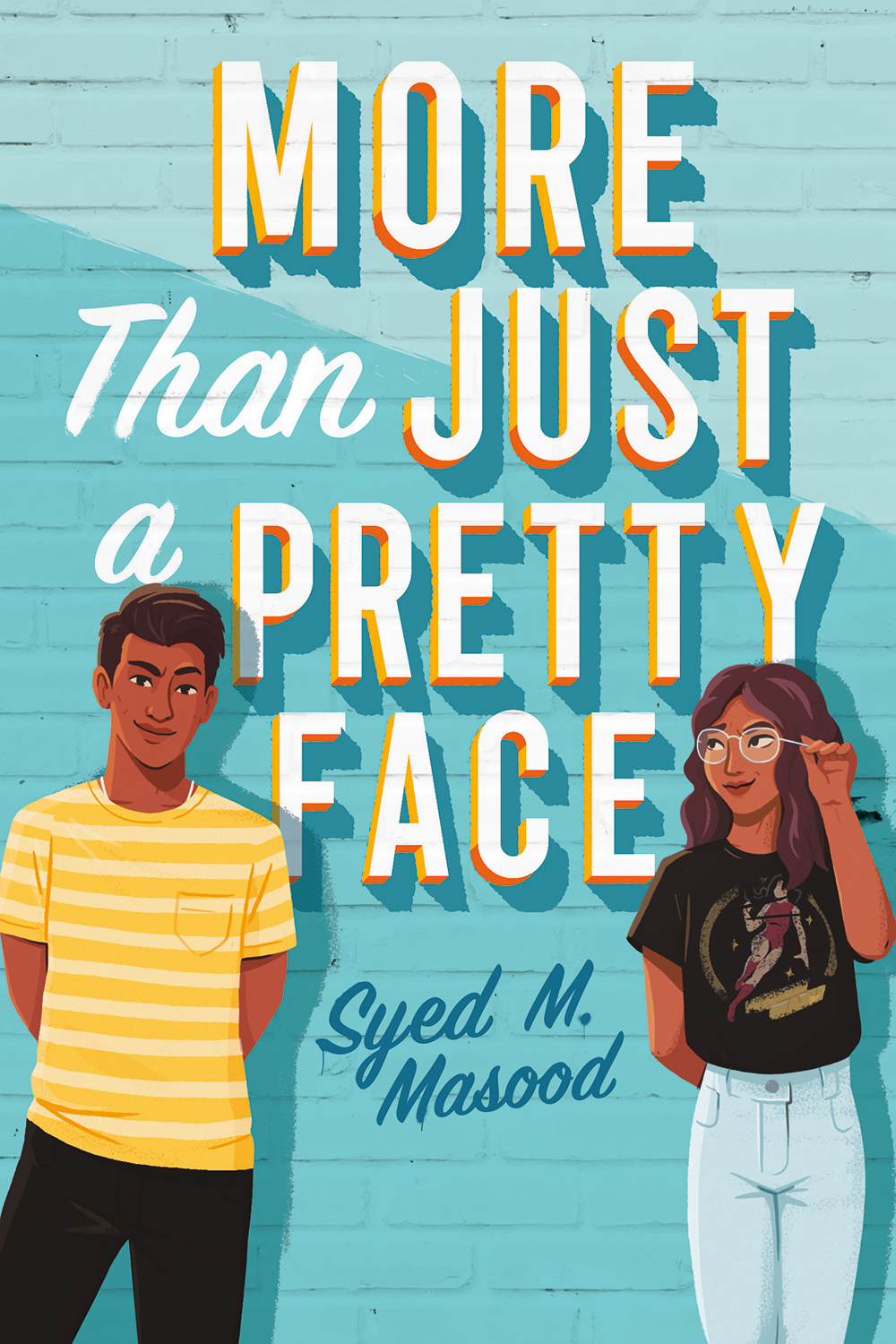 Danyal Jilani doesn’t lack confidence. He may not be the smartest guy in the room, but he’s funny, gorgeous, and going to make a great chef one day. His father doesn’t approve of his career choice, but that hardly matters. What does matter is the opinion of Danyal’s longtime crush, the perfect-in-all-ways Kaval, and her family, who consider him a less than ideal arranged marriage prospect.

When Danyal gets selected for Renaissance Man–a school-wide academic championship–it’s the perfect opportunity to show everyone he’s smarter than they think. He recruits the brilliant, totally-uninterested-in-him Bisma to help with the competition, but the more time Danyal spends with her…the more he learns from her…the more he cooks for her…the more he realizes that happiness may be staring him right in his pretty face.

More Than Just A Pretty Face is an uplifting, fun book that also comes with sweet romance and a feel-good, save the world message. Diverse representation – both ethnically and faith based, #OwnVoices, this has all the boxes ticked to make it an “important” book, but basically it’s just lots of fun to read.

Danyal is going to be a chef. Sure, his teachers and classmates think he’s a joke and his father disapproves of pretty much everything he does, but Danyal isn’t fazed. His goal is to get his best-friend’s twin, Kaval to value him as he is, even if their parents might not approve an arranged marriage match. When his mother sets up a meeting with Bisma, he is shocked with her open honesty and the way she gets him, even if she says she’s not interested in him. When he is selected for a school academic championship, he asks Bisma for help researching his topic – a topic everyone else has cautioned him against. But working with Bisma makes him feel like nothing else does and it might just mean he has to reevaluate his other goals too.

More Than Just A Pretty Face is Syed M. Mason’s YA debut and I really hope he sticks with it, as I would love to read another YA contemporary novel from him. He has such a great way of capturing the characters’ voices and bringing them to life. The situations are almost ridiculous – people don’t treat their family that way, right? – but it is so ridiculous it feels entirely true and hits home. The teens in this book struggle to balance their faith and personal values with the ideals and standards of the world – something that brings conflict into their relationships with friends and family. Danyal is open about his faith, but can’t quite relate to the more devout devotion his friend is showing.

While at times some of the side characters felt a little caricature-ish, and the way in which Bisma is treated is horrendous (and why does no one aside from Danyal stand up against that sort of horribleness!!?!) I honestly just couldn’t put the book down. Danyal’s voice is refreshing. Lighthearted and honest and I totally bought into his charm and smooth downplaying of himself. His voice was just such a pleasure to read. I loved his passion for food, loved how he treats others.

Danyal is told many times, by himself included, that he is dumb, stupid, an idiot and not book smart. While Danyal and Bisma do see his worth in his kindness, understanding, compassion, ability to be a good friend and his cooking skills, the “your stupid = not worth anything” vibes are pretty consistent in the book and not overly challenged, so while it’s important to put out there, I hate that it might contribute to continuing those lines of thought because it isn’t more overtly challenged in the book. I hope Danyal’s compassion and kindness and his skills, are what shine through and make it clear that who you are is far more valuable than grades or what you do.

While this is technically YA and most of the main characters are in high school, Bisma is in college, and Danyal is 19, and the situation with the marriage thing and seriousness of the dating make this feel more like a new adult novel or something that will appeal to older teens.