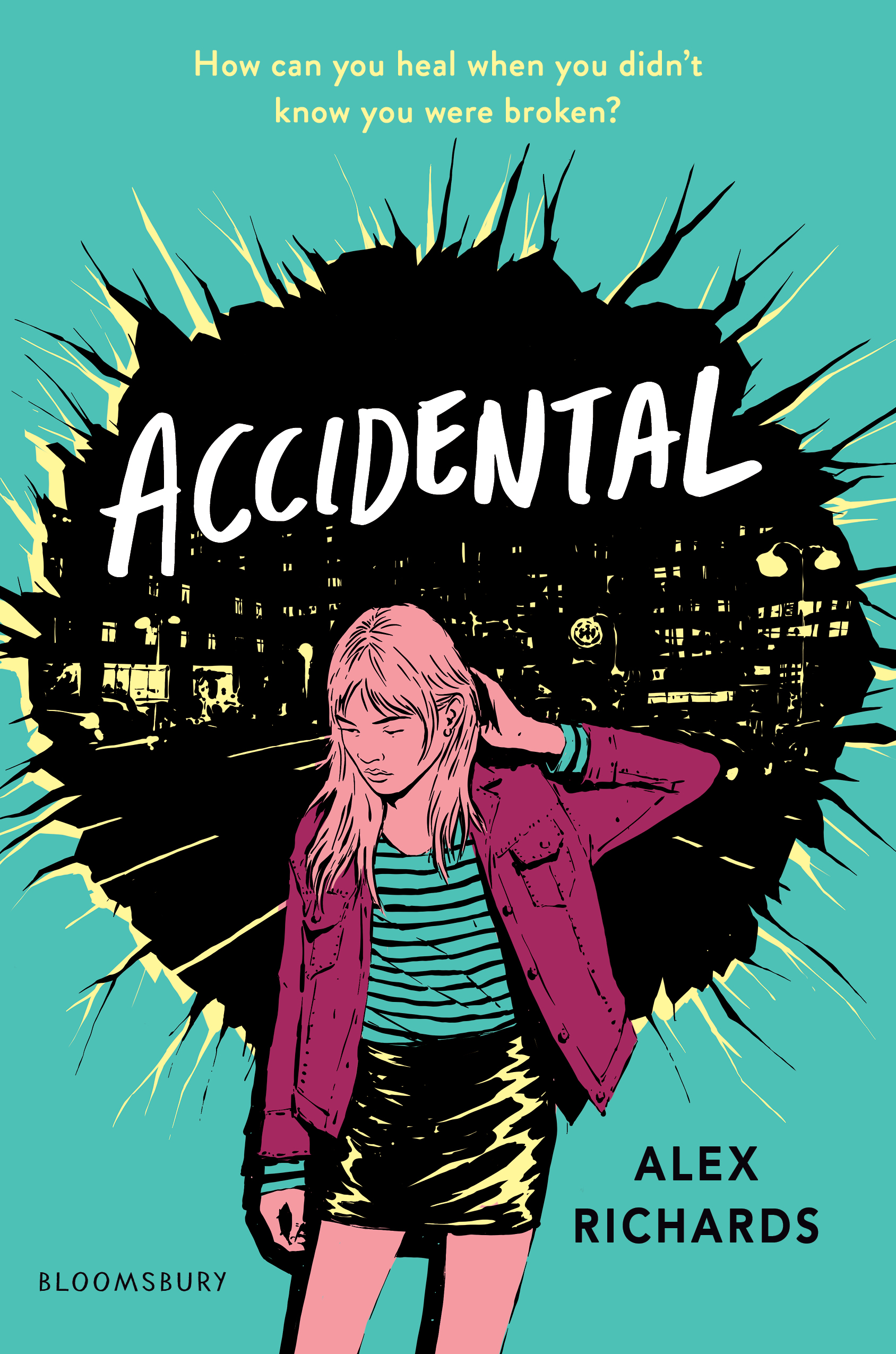 Johanna has had more than enough trauma in her life. She lost her mom in a car accident, and her father went AWOL when Johanna was just a baby. At sixteen, life is steady, boring . . . maybe even stifling, since she’s being raised by her grandparents who never talk about their daughter, her mother Mandy.

Then he comes back: Robert Newsome, Johanna’s father, bringing memories and pictures of Mandy. But that’s not all he shares. A tragic car accident didn’t kill Mandy–it was Johanna, who at two years old, accidentally shot her own mother with an unsecured gun.

Now Johanna has to sort through it all–the return of her absentee father, her grandparents’ lies, her part in her mother’s death. But no one, neither her loyal best friends nor her sweet new boyfriend, can help her forgive them. Most of all, can she ever find a way to forgive herself?

What would happen if you discovered you were the reason your mother was dead? That’s exactly what Johanna learns in Accidental. It’s a heartbreaking novel about family, death, grief, uncontrollable emotions, huge letdowns, and broken relationships, yet it is also about learning to breath again, hanging onto those friendships, mending relationships and letting go of others, about making a difference, fall in love and even making out.

Jo has always missed her mother, but respected the boundaries her grandparents have put in place – no talking about her, no photos, no memories. They put their life on hold to raise a granddaughter. But when Jo’s father suddenly appears in her life and tells her that she accidentally shot her own mother, Jo’s life is upended. Not sure what to do, not sure what to believe, Jo relies on her friendship and growing relationship with new student, Milo, to navigated the complex emotions she is feeling.

Gut punch comes to mind from the emotions in this book that feel so big and real. The roller coaster Jo rides from before she knew to the absolute devastation she feels after discovering the truth of her mother’s death is compelling. It’s messy and complicated. There are also so happy times. I loved the friendship she has with Leah and Gabby. Those two friends are there for her and even when they hit hard times, they stick together. Jo, despite everything she’s going through is a decent friend. All three girls must learn how to cope and support each other.

I loved Jo’s romance with Milo. He’s new to town and he and Jo connect pretty quickly. They have a dorky vibe as they verbally tease and gently spar through their awkward, I like you phase. And then Jo’s life implodes. Milo is such a solid support for Jo. He never bulks, is always kind and listens. Super impressive! But he doesn’t let her walk all over him and there is some reciprocity as he deals with his parents’ separation. Things also heat up between them, so prepare for some very swoony make-out sessions and fade to black scenes.

I would be remiss in my review if I didn’t talk about Jo’s grandparents. For so much of the book she is fighting with them due to the secrets she kept from her. It’s an awesome mix of love, hate, guilt, and support. I think they all handle it as best they can, and while Jo wishes they would do things differently and they wish she would react in other ways, I think it presents such a great, but realistically messy, look at family.

Gun control becomes a message of change and power for Jo, but this message is conveyed most strongly in the book without any preaching or calls for change. Instead it is Jo’s devastation and the guilt she feels that leaves the reader with the biggest sense for the need for something to change.

Raising some big and important themes alongside a powerful story of love, family and grief, Accidental is perfect for older teens looking for a book with a punch, or upper grade teachers looking for a class read with important messages.