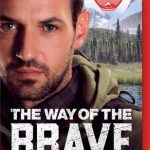 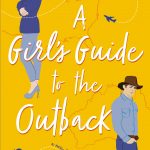 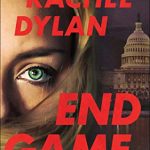 Welcome 2020!!! Here is my list of top picks of new releases for January 2020. Click on the covers for more details.

When elite members of the military are murdered on the streets of Washington, DC, FBI Special Agent Bailey Ryan and NCIS Special Agent Marco Agostini must work together to bring the perpetrator to justice. Unfortunately, all evidence points to a Navy SEAL sniper whom Bailey refuses to believe is guilty.

Honorably discharged from the Army after an explosion nearly killed her, former military psychiatrist Brooke Adams has set up shop to help others–but her days of helping military personnel are over. She’s got her own battles to fight from her time overseas, and she’s not equipped to take on more. Former Army Special Ops Sergeant First Class Asher James could handle anything that war sent his way–terrorists, bombs, bullets. The only thing that scares him now is sleep. As the shadows close in, the nightmares begin.

Finally convinced that he needs help, Asher makes an appointment with a counselor, and Brooke is pressed by her boss to take him on. When he arrives at her office she isn’t there–but a dead body is. Brooke is devastated when she walks in, and Asher is a conveniently strong shoulder to cry on. But she can’t take him on as a client after sharing such an intimate and unprofessional moment, can she? And he’s not sure he can handle sharing his deepest fears with such a beautiful woman.

Former pararescue jumper Orion Starr is haunted by the memory of a rescue gone wrong. He may be living alone in Alaska now, but the pain of his failure–and his injuries–has followed him there from Afghanistan. He has no desire to join Hamilton Jones’s elite rescue team, but he also can’t shirk his duty when the call comes in to rescue three lost climbers on Denali.

Former CIA profiler and psychiatrist Jenny Calhoun’s yearly extreme challenge with her best friends is her only escape from the guilt that has sunk its claws into her. As a consultant during a top-secret mission to root out the Taliban, she green-lighted an operation that ended in ambush and lives lost. When her cathartic climb on Denali turns deadly, she’ll be forced to trust her life and the lives of her friends to the most dangerous of heroes–the man she nearly killed.

Samuel Payton is a passionate youth pastor in Virginia, but beneath the surface, Sam’s still recovering from a failed business. His coworker—start-up expert Kimberly Foster—is brilliant, fearless, and capable, but her mother’s rejection from a young age till now has left her defensive and longing for a family. Two people have never been more at odds—or more attracted to one another. And every day at work, the sparks are flying.