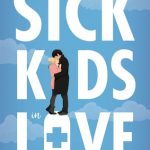 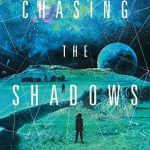 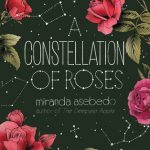 Cass has always known she was adopted. It’s something her parents have shared with her, even if there were no details about her birth parents, their lives or why they gave her up for adoption. But as Cass’s mother waits for a heart transplant that seems increasingly unlikely, Cass is struck by a desire to find her birth mother.

Trix has a gift. She can steal anything without being caught. It helps her to survive, especially since her mother left her and never came back. Living week-to-week in run-down motels, Trix is shocked when the police and then the foster system catch up with her. But nothing can prepare her for being told she has a family, that she has an aunt that she will be going to live with. The McCabe women, Trix’s Aunt, cousin and Great Aunt all have gifts, and for once, Trix may finally have found somewhere she could belong — if she can stop herself from running.

But Nora can feel an uneasy shift in the woods at Oliver’s presence.

Safire, a soldier, knows her role in this world is to serve the King of Firgaard—helping to maintain the peace in her oft-troubled nation.

Eris, a deadly pirate, has no such conviction. Known as the Death Dancer for her ability to evade even the most determined of pursuers, she possesses a superhuman power to move between worlds.

When one can roam from dimension to dimension, can one ever be home? Can love and loyalty truly exist?

When The Stars Lead To You – Ronni Davis – Little, Brown Books for Young Readers – Published 12 November 2019

When Ashton breaks Devon’s heart at the end of the most romantic and magical summer ever, she thinks her heart will never heal again. But over the course of the following year, Devon finds herself slowly putting the broken pieces back together.

Now it’s senior year, and she’s determined to enjoy every moment of it as she prepares for a future studying the galaxies. That is, until Ashton shows up on the first day of school. Can she forgive him and open her heart again? Or are they doomed to repeat history?

Lyra Daniels is dead. Okay, so I only died for sixty-six seconds. But when I came back to life, I got a brand new name and a snazzy new uniform. Go me! Seriously, though, it’s very important that Lyra Daniels stays dead, at least as far as my ex-friend Jarren, the murdering looter, knows.

While dying is the scariest thing that’s happened to me, it morphed my worming skills. I can manipulate the Q-net like never before. But Jarren has blocked us from communicating with the rest of the galaxy and now they believe we’ve gone silent, like Planet Xinji (where silent really means dead).

Because her mom is always on the move, Steph hasn’t lived anyplace longer than six months. Her only constant is an online community called CatNet—a social media site where users upload cat pictures—a place she knows she is welcome. What Steph doesn’t know is that the admin of the site, CheshireCat, is a sentient A.I.

When a threat from Steph’s past catches up to her and ChesireCat’s existence is discovered by outsiders, it’s up to Steph and her friends, both online and IRL, to save her.

Winnie Friedman has been waiting for the world to catch on to what she already knows: she’s hilarious.

It might be a long wait, though. After bombing a stand-up set at her own bat mitzvah, Winnie has kept her jokes to herself. Well, to herself and her dad, a former comedian and her inspiration.

Then, on the second day of tenth grade, the funniest guy in school actually laughs at a comment she makes in the lunch line and asks her to join the improv troupe. Maybe he’s even . . . flirting?