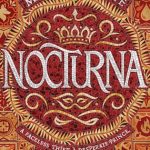 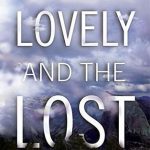 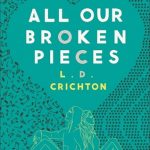 To Finn Voy, magic is two things: a knife to hold under the chin of anyone who crosses her…and a disguise she shrugs on as easily as others pull on cloaks.

As a talented faceshifter, it’s been years since Finn has seen her own face, and that’s exactly how she likes it. But when Finn gets caught by a powerful mobster, she’s forced into an impossible mission: steal a legendary treasure from Castallan’s royal palace or be stripped of her magic forever.

Kira Bennett’s earliest memories are of living alone and wild in the woods. She has no idea how long she was on her own or what she had to do to survive, but she remembers the moment that Cady Bennett and one of her search-and-rescue dogs found her perfectly. Adopted into the Bennett family, Kira still struggles with human interaction years later, but she excels at the family business: search-and-rescue. Along with Cady’s son, Jude, and their neighbor, Free, Kira works alongside Cady to train the world’s most elite search-and-rescue dogs. Someday, all three teenagers hope to put their skills to use, finding the lost and bringing them home.

Abbi Hope Goldstein is like every other teenager, with a few smallish exceptions: her famous alter ego, Baby Hope, is the subject of internet memes, she has asthma, and sometimes people spontaneously burst into tears when they recognize her. Abbi has lived almost her entire life in the shadow of the terrorist attacks of September 11. On that fateful day, she was captured in what became an iconic photograph: in the picture, Abbi (aka “Baby Hope”) wears a birthday crown and grasps a red balloon; just behind her, the South Tower of the World Trade Center is collapsing.

Lennon Davis doesn’t believe in much, but she does believe in the security of the number five. If she flicks the bedroom light switch five times, maybe her new L.A. school won’t suck. But that doesn’t feel right, so she flicks the switch again. And again. Ten more flicks of the switch and maybe her new step family will accept her. Twenty-five more flicks and maybe she won’t cause any more of her loved ones to die. Fifty times more and then she can finally go to sleep.

Kyler Benton witnesses this pattern of lights from the safety of his treehouse in the yard next door. It is only there, hidden from the unwanted stares of his peers, that Kyler can fill his notebooks with lyrics that reveal the true scars of the boy behind the oversized hoodies and caustic humor.

Steven Gerald Gabel—a.k.a. Stiggy—needs to get out of Minnesota. His father recently took his own life, his mother is a shell of the person she used to be, and his sort-of-girlfriend ghosted him and skipped town. What does he have left to stick around for? Armed with his mom’s credit card and a tourist map of Great River Road, Stiggy sets off in his dad’s car.

The only problem is, life on his own isn’t exactly what he expected and, soon enough, he finds himself at a crossroads: keep running from his demons, or let them hitch a ride back home with him.

Sweetie is an athlete, singer (she just doesn’t sing in front of anyone other than her best friends) and dutiful daughter. She just wishes her mother could support her in accepting and loving her and her body the way that it is. Fat. Ashish knows how to play the dating game. He’s good at it. Or was. Until his girlfriend dumped him for someone else. Now he’s lost all game – on and off the basketball court – and is even seriously considering having his parents set him up with a girl. But when Sweetie’s mother refuses to let Sweetie date Ashish because of the size of her body, Sweetie and Ashish start dating secretly, and they find themselves surprised at the way they connect.

Fatima lives in the city of Noor, a thriving stop along the Silk Road. There the music of myriad languages fills the air, and people of all faiths weave their lives together. However, the city bears scars of its recent past, when the chaotic tribe of Shayateen djinn slaughtered its entire population — except for Fatima and two other humans. Now ruled by a new maharajah, Noor is protected from the Shayateen by the Ifrit, djinn of order and reason, and by their commander, Zulfikar.

But when one of the most potent of the Ifrit dies, Fatima is changed in ways she cannot fathom, ways that scare even those who love her. Oud in hand, Fatima is drawn into the intrigues of the maharajah and his sister, the affairs of Zulfikar and the djinn, and the dangers of a magical battlefield.

Christopher is the sort of guy that no one notices, yet when Air catches sight of him making intricate paper birds in the airport, she can’t look away.

But their worlds are about to collide in ways they never expected. Someone they love is on Flight 0217 from London Heathrow. And it’s missing.

Convinced that her brother was on a different flight, Air drives them hundreds of miles across the country, on a trip that will change their lives forever.

Ashton Hamid knows everything about gaming. Real life, however, is a different matter. So when he and his best friend—outspoken “A” student (and social outcast) Vale Shumway—head out on a camping trip to Waterton Lakes National Park with their Phys. Ed. class, Ash figures it’ll be two days of bug bites, bad food, and inside jokes. Instead, the two friends find themselves in a fight for survival.

For Indigo Phillips, life has always been her and her identical twin—Violet. The perfectly dressed, gentle, popular sister. But now Violet is terminally ill and, in a few hours, plans to die on her own terms via medically assisted suicide. Even though she and Violet have drifted apart lately, Indigo doesn’t know how to face life without the only person who really understands her. Until suddenly she hears a mysterious voice claiming to be God, insisting that if she takes Violet to a remote rock formation in the Arizona desert, her sister will live.