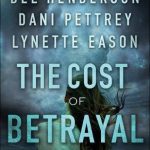 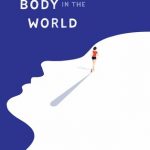 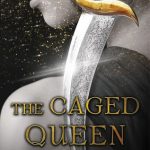 September 2018 is going to be another big month for book reviews. Here is my list of top releases for September 2018. Click on covers for more information and reviews.

When her FBI agent father is framed for murder, Kylene is forced to move in with her grandfather, back to the small town that turned its back on her, and the boy who betrayed her.

All Ky cares about is clearing her father’s name, but someone won’t let her forget the photo scandal that drove her away two years ago. As the threats gain momentum, Ky finds an unlikely ally in the rookie FBI agent sent to keep an eye on her.

Sophie likes things under control. It’s the only way she can continue to function now that her dad has abandoned their family, her mother relies on her to help keep their horse riding business afloat and her sister sustained brain damage in the car crash that tore their family apart. The last person Sophie needs messing up her ordered control is Finn, the guy who stood her up and then disappeared. But when a hurricane heads for Sophie’s home on North Carolina’s Outer Banks, Sophie finds herself stranded alone with none other than Finn Sanders.

Sophie likes things under control. It’s the only way she can continue to function now that her dad has abandoned their family, her mother relies on her to help keep their horse riding business afloat and her sister sustained brain damage in the car crash that tore their family apart. The last person Sophie needs messing up her ordered control is Finn, the guy who stood her up and then disappeared. But when a hurricane heads for Sophie’s home on North Carolina’s Outer Banks, Sophie finds herself stranded alone with none other than Finn Sanders.

Lily is working off a tight plan to control the likelihood of her developing schizophrenia. The genetic odds are not in her favour but by living carefully she hopes to avoid following the same journey her mother took. But, when on assignment for her journalism internship, she witnesses an elephant reject her calf and Lily can’t help but see the parallels between their stories. Lily must decide if it is worth risking everything she has worked so hard to control to try and save the life of the elephant she is quickly coming to love.

Rumi Seto spends a lot of time worrying she doesn’t have the answers to everything. What to eat, where to go, whom to love. But there is one thing she is absolutely sure of—she wants to spend the rest of her life writing music with her younger sister, Lea.

Then Lea dies in a car accident, and her mother sends her away to live with her aunt in Hawaii while she deals with her own grief. Now thousands of miles from home, Rumi struggles to navigate the loss of her sister, being abandoned by her mother, and the absence of music in her life.

I Do Not Trust You – Laura J. Burns and Melina Metz – Wednesday Books – Published 11 September 2018

Memphis “M” Engle is stubborn to a fault, graced with an almost absurd knowledge of long lost languages and cultures, and a heck of an opponent in a fight. In short: she’s awesome.

Ashwin Sood is a little too posh for her tastes, a member of an ancient cult (which she’s pretty sure counts for more than one strike against him), and has just informed Memphis that her father who she thought was dead isn’t and needs her help.

A horrific explosion levels part of the city and Camryn Kingfisher is the sole survivor.

Amidst controversy, conspiracy theories, and threats from government officials, Camryn longs for the truth. But the only person who she can turn to is a transparent boy in a lab coat named Quint. Unsure whether he’s a hallucination or a ghost, Camryn has no choice but to trust him as they become embroiled in a plot that is bigger than either of them realize.

When everything has been taken from you, what else is there to do but run?

So that’s what Annabelle does—she runs from Seattle to Washington, DC, through mountain passes and suburban landscapes, from long lonely roads to college towns. She’s not ready to think about the why yet, just the how—muscles burning, heart pumping, feet pounding the earth. But no matter how hard she tries, she can’t outrun the tragedy from the past year, or the person—The Taker—that haunts her.

A YA Anthology of short stories featuring disabled teens, written by #OwnVoices disabled authors. The stories reflect a range of genres and disabilities; contributors include bestselling authors Kody Keplinger and Francisco X. Stork, as well as newcomers Fox Benwell, Keah Brown, and more.

Ever since her mom died three years ago, Analee Echevarria has had trouble saying out loud the weird thoughts that sit in her head. With a best friend who hates her and a dad who’s marrying a yogi she can’t stand, Analee spends most of her time avoiding reality and role-playing as Kiri, the night elf hunter at the center of her favorite online game.

Once there were two sisters born with a bond so strong that it forged them together forever. When they were angry, mirrors shattered, and when they were happy, flowers bloomed. It was a magic they cherished—until the day a terrible accident took Essie’s life and trapped her soul in this world.

A young woman with a dangerous power she barely understands. A smuggler with secrets of his own. A country torn between a merciless colonial army, a terrifying tyrant, and a feared rebel leader.

In Dee Henderson’s novella “Betrayal,” Janelle Roberts is freed–thanks to people she doesn’t know–after serving six years of a twenty-year sentence for a murder she did not commit. But a murderer is still at large, and Janelle needs to be somewhere safe with someone she can trust. She may not survive another betrayal.

In Dani Pettrey’s “Deadly Isle,” Tennyson Kent is trapped on the isolated island of her childhood by a storm surge, and she is shocked when the typically idyllic community turns into the hunting grounds of a murderer. Cut off from any help from the mainland, will she and first love Callen Frost be able to identify and stop a killer bent on betrayal before they become the next victims?

In Lynette Eason’s “Code of Ethics,” trauma surgeon Ruthie St. John saves the life of Detective Isaac Martinez. After a betrayal leads to him getting shot and then attacked while in recovery, Isaac is now a key witness determined to testify. But someone is intent on silencing him–and those around him–forever. Together, Ruthie and Isaac go on the run, desperate to escape the killers hunting him.

Everyone thinks Katriona McLeod is living the dream. Her professional career as a make up artist sees her traveling the world working with the stars and she’s got no shortage of men wanting her affection. Only problem is she’s never gotten over Caleb Murphy, the one guy she’s ever loved. When she accepts a job on the latest looking-for-love reality TV show, Falling for the Farmer, she discovers to her horror that Caleb is the leading man and she’s cast as one of his harem. But she hides a secret that means that even if she wanted a second chance with the guy who broke her heart she could never have it.