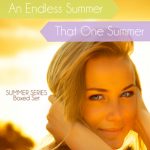 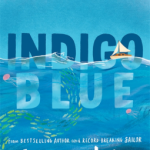 This fortnight’s #LoveOzYA theme is Coastal.

Alex feels like a fish out of water in her new hometown – the sleepy little lakeside village of Boreen Point where she is reluctantly sent to live with her slightly eccentric aunt for her final year of high school. As a distraction from what is quickly shaping up to be a very lonely year, Alex spends her savings on a rundown little yacht and throws herself into restoring it.

I haven’t read this book yet, but I have an ARC waiting for me, which is really exciting. Set on the Sunshine Coast of Queensland, this book is sure to celebrate everything great about Coastal Aus.

With nothing but his skateboard and a few belongings in a garbage bag, Sam goes to live with the strangers his mum cut ties with seven years ago: Aunty Lorraine and his cousins Shane and Minty. Despite the suspicion and hostility emanating from their fibro shack, Sam reverts to his childhood habit of following Minty around and is soon surfing with Minty to cut through the static fuzz in his head.

Okay, this one doesn’t technically fit this week’s Coastal theme. Firstly, the Summer series is NA rather than YA, but it’s fine for mature YA readers. It’s also not set on the Coast of Australia, rather a bit further inland, but a lot of the books include road trips, beach visits, trips to the lake, and everything that ‘coastal’ and ‘summer’ makes me think about.