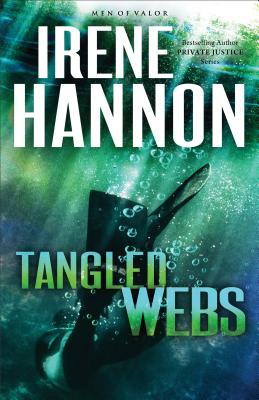 After a disastrous Middle East mission ends his six-year Army Ranger career, Finn McGregor needs some downtime. A peaceful month in the woods sounds like the perfect way to decompress. But peace isn’t on the agenda once he crosses paths with publishing executive Dana Lewis, a neighbor who is nursing wounds of her own. Someone seems bent on disrupting her stay in the lakeside cabin she inherited from her grandfather. As Finn and Dana work together to discover who is behind the disquieting pranks, the incidents begin to take on a menacing tone. And when it becomes apparent Dana’s foe may have deadly intent, Finn finds himself back in the thick of the action–ready or not.

From first reading an excerpt of this book I knew it was going to provide some fireworks, both in the action and romance departments. I was not wrong. The book starts with Finn McGregor rushing to the aid of a screaming woman, deep in forest at night. And it only gets more exciting from there.

I loved returning once again to the lives of the McGregor brothers. This time Finn is our hero. He is just as upstanding, courteous, handsome and worthy of the title hero as his two older brother are. But Finn’s also got some heavy burdens he carries after his time as an Army Ranger. He expects solitude and peace during his time at the cabin tucked away in national forest, maybe even boredom. He doesn’t expect to find a gorgeous woman living in the neighbouring cabin. Dana, too, is looking for peace and solitude. But when vandals start damaging her remote property it helps to know Finn is nearby, especially as vandalism is only the beginning.

I love Irene Hannon’s mystery-thrillers as much as her contemporary novels. I love how she weaves strong romance with family dynamics and action, all the while keeping me on edge and looking over my shoulder. My fingernails suffer, but the rest of me loves it.

Once again I found an engaging dynamic between our lead characters, Finn and Dana. Both have suffered serious trauma and both find a simple comfort in shared friendship. And their developing relationship and chemistry offers plenty of heat.

As is the case with many of Hannon’s mysteries, the reader is in on who the bad guy is, but that doesn’t make the book any less engaging as the tension ramps up and the situation gets dangerous.

And of course the two elder McGregor brothers make an appearance. It’s especially amusing watching Mac and Lance teasing and bossing Finn around, demonstrating their love through gruff banter. It’s also lovely to catch a glimpse into the continuation of their love stories. I am sad to be at the end of this exciting Men of Valor series. Each book could be read as a standalone or in any order, though I think it would be most enjoyable to simply read them all, starting with Buried Secrets (my favourite of the series and the first book).

But I’m not too sad, because while this may be the end of the Men of Valor series, Irene Hannon has plenty in store for her readers. My copy of Tangled Webs included both a note about an upcoming new series entitled Code of Honor and an excerpt from Sandpiper Cove, the third book in the Summer Harbor series. I’m very much looking forward to both.